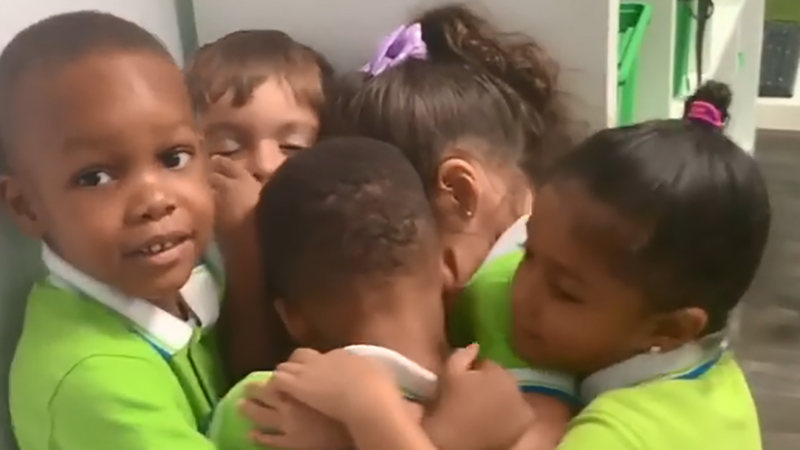 PEMBROKE PINES, Florida -- Amid the devastation caused by Hurricane Dorian, a group of toddlers have ignited a moment of inspiration that is going viral.

The video has already been viewed thousands of times on social media. It shows the kids embracing their 3-year-old classmate who had just endured the unimaginable.

The boy, who was in the Bahamas when Dorian struck, survived the storm and made it back to Florida for his first day of Pre-K.

Makai was visiting family with his mom in Freeport over Labor Day weekend when they got stuck in the Bahamas because of the massive and deadly storm.

They rode it out at Makai's grandma's house, which suffered heavy damage.

"At one point, our roof just flew open," his mother said. "And Makai was like, 'Oh my God.' He thought Dorian was a monster."

His mother said Makai put on a brave face in the aftermath while having to wring out his soaked clothes and throw out ruined toys. At one point, he put on his Spider-Man life vest because he wanted to help.
"I'm going to save the children in the water," his mother recalled him saying.

After returning to his home in Pembroke Pines, Florida, Makai had no idea he was about to get his own superhero welcome.