KGO
By by Sergio Quintana, Melanie Woodrow, and ABC7 staff 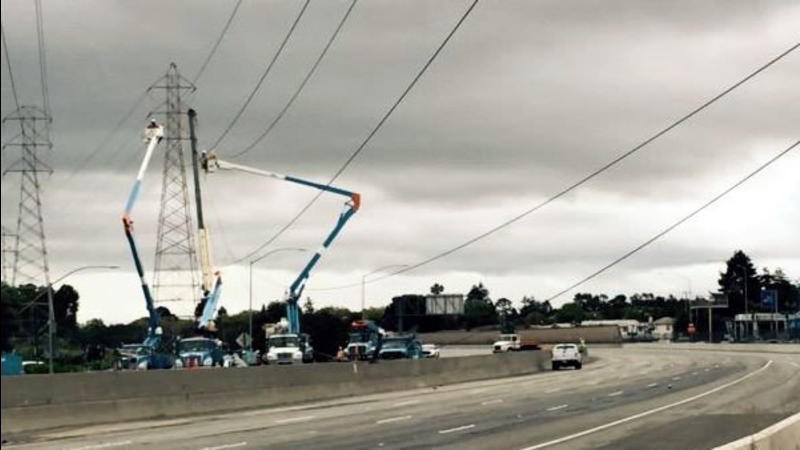 Hwy 101 in Burlingame shut down in both directions

BURLINGAME, Calif. (KGO) -- All lanes of Highway 101 between Millbrae Avenue and Anza Boulevard in Burlingame are closed due to downed power lines across the freeway.

At 9:33 p.m. a PG&E transmission tower collapsed, causing a big power surge in the Bay Area that could be seen at AT&T Park as the lights flickered during the San Francisco Giants game.

PG&E says a third-party construction crew with an excavator struck the transmission tower causing high-powered transmission lines to fall onto the highway. That caused traffic to stop for over six hours until PG&E could de-energize the lines and safely move drivers out of the way. They said they were waiting for special equipment to arrive on scene. 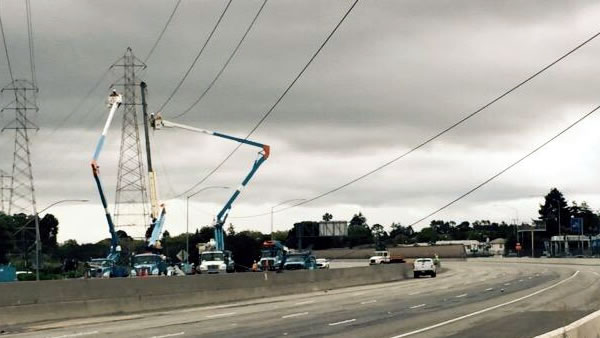 The construction project that crews were working on is one that is jointly shared by Caltrans and San Mateo County.

No definitive time of reopening the freeway at this time. PG&E still has concerns with the wires and structure. Plan for alternate routes

ABC7 News reporter Sergio Quintana was on the scene and said he saw a UPS truck in the northbound direction with a driver stuck inside and power lines on top of the vehicle. In the southbound direction he counted eight passenger vehicles with people trapped inside due to power lines on top of their cars as well. After a few hours, the lines were de-energized and they were allowed to safely leave the highway.

The driver a UPS truck is trapped inside as PG&E crews work to de-energize a downed power line across HWY 101. pic.twitter.com/l1rLb6bsNP

All 22 people who were trapped got out safely.

The power lines that fell were carrying 115,000 volts each and remarkably, there were no injuries reported during the entire ordeal.

Many drivers were stuck in traffic from the time the wires fell onto the early hours of the morning. The CHP tweeted that all southbound and partial northbound lanes could reopen by 2:00 p.m. while Broadway ramps will remain closed.

"We had a collapse of high-energy lines that came down over both sides of US 101 north and southbound and at that point, we had to shut down traffic and divert traffic off the freeway and then call the appropriate resources in play so we could mitigate this," CHP Cmdr. Mark Maskarich said.

"They're still down and they're still hot apparently because people tried to cross the overpass as they were shutting down the freeway and the cops were yelling at them because if they touch any of the fencing over there, they could get killed if it's hot," witness Lee Thompson said.

101 closed and jammed for miles in both directions. Even side streets slowing down. Alt:280 BART or Caltrain. pic.twitter.com/fOgwcRhSrW

CHP Public Information Ofc. Art Montiel says the holdup is due to PG&E waiting for special equipment to arrive so they can move all of the cables and make sure the structure is safe.

He says all the wires have been de-energed but are still hanging onto the freeway. 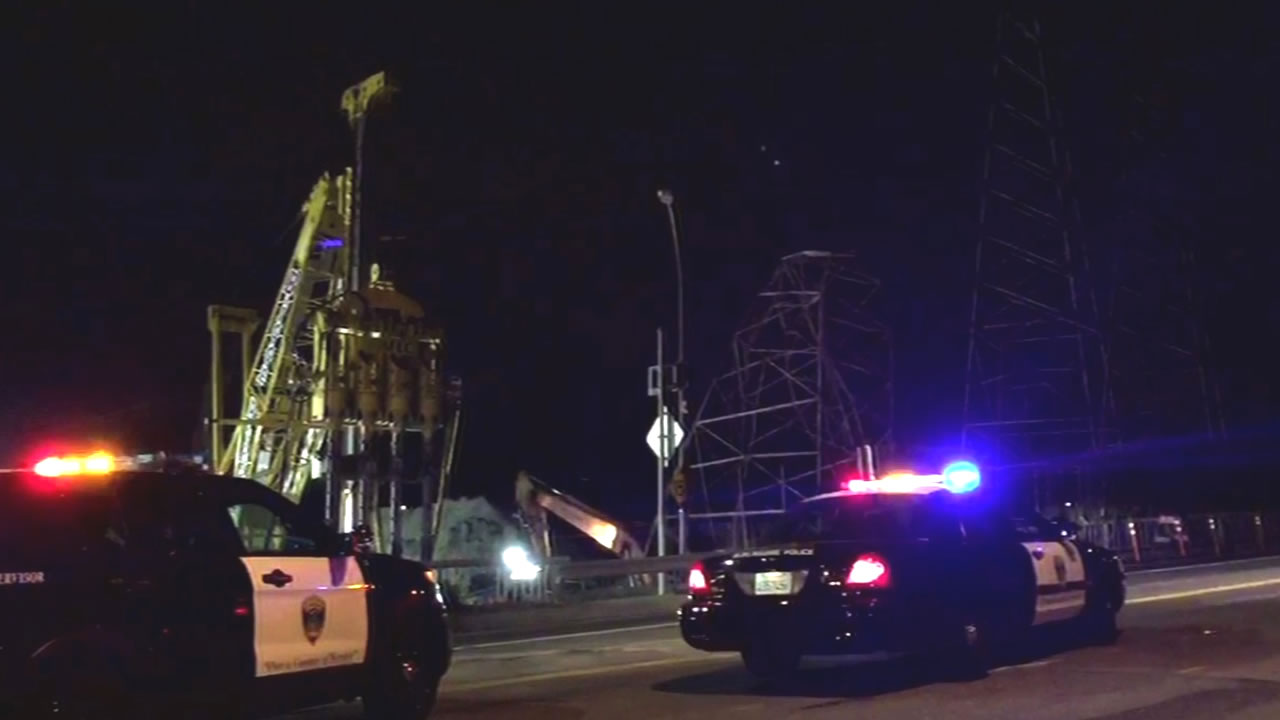 Power surge seen around Bay Area after power line falls
A power line fell across Highway 101 in Burlingame and many in the Bay Area saw a brief power surge.

Police escorting all the stuck traffic back off the freeway @abc7newsBayArea pic.twitter.com/kvtYsbXESg

Power went out at the Burlingame Broadway exit. Looks like one of the towers is folded in half... pic.twitter.com/m9Boxk3cHj

PG&E en route to the scene. Will reopen as soon as possible. Please drive safely!

Some people stuck in traffic are finding ways to entertain each other during a stressful situation.

VIDEO: Live Mariachi from the freeway closure on 101 in Burlingame


Download the Waze traffic app to help you navigate around the traffic: Click here for more information