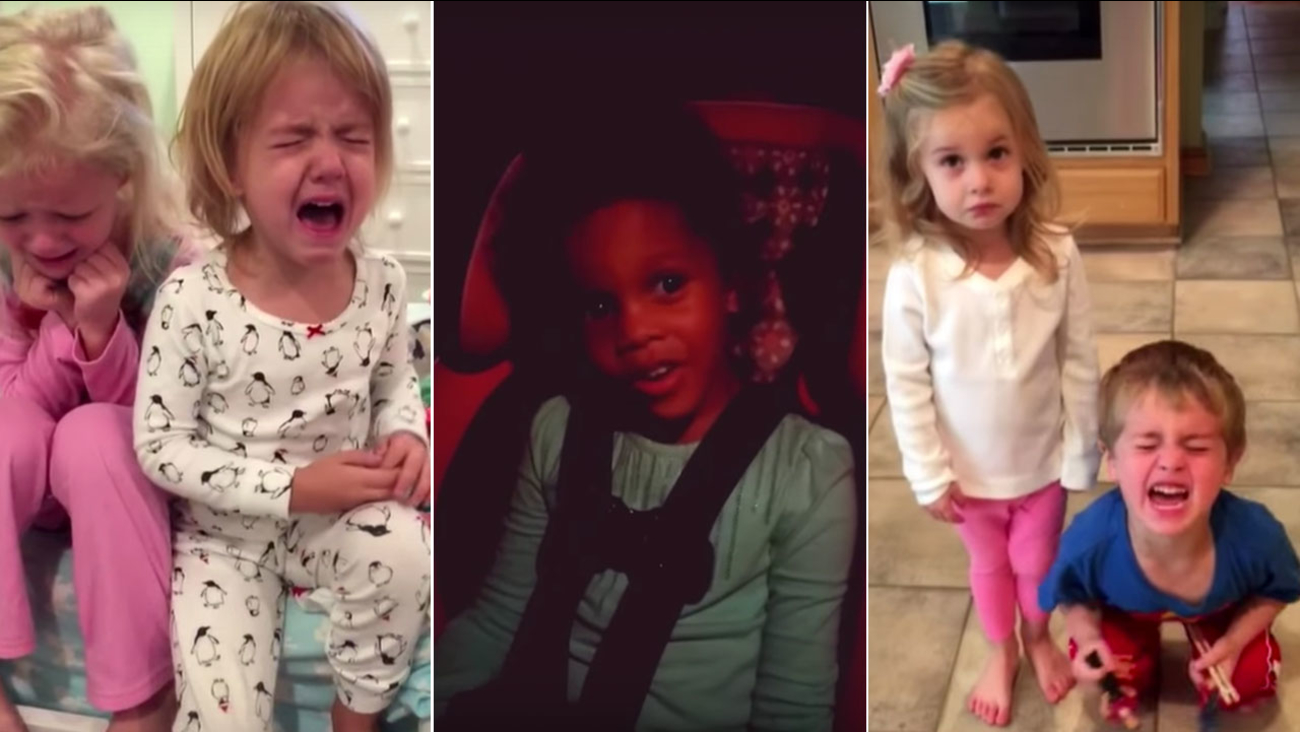 Kids react during Jimmy Kimmel's ''I Told My Kids I Ate All Their Halloween Candy'' prank. (Jimmy Kimmel Live/YouTube)

Once again, Jimmy Kimmel asked parents to pretend that they ate all of the Halloween candy and record their kids' reactions. There were tears, tantrums and even curse words, but there were also kids who were adorably forgiving of their parents' wrongdoing.

Many kids reacted with anger, like one girl who threatened to discipline her parents.

"Next time we go trick-or-treating, you don't do that, OK? Or I'll have to spank your bottom," she warned.

There were also kids who lamented over the wasted hard work, like the girl who screamed, "We've been walking for hours!"

But another girl was ready to put it behind her as long as she could replace the lost candy.

"How about, tomorrow, I'll bring my bag and we'll get some more candy?" she suggested.

That is, until her parents told her how yummy the candy was, prompting her to stare morosely out the window.

She wasn't the only one holding it in, as one girl insisted she wasn't crying by saying "My eyes are just watery."

And still other children had heartwarming reactions that showed maturity beyond their years.

The prank has been going on for six years, and for the first time this year, Kimmel tried to pull the prank on his 2-year-old daughter, Jane. She didn't quite get it, but Kimmel promised to try again next year.

Kimmel released more clips of his Halloween prank on YouTube on Thursday, with a child even saying he knew this was for Kimmel's show.