Biden says US. war in Afghanistan will end August 31 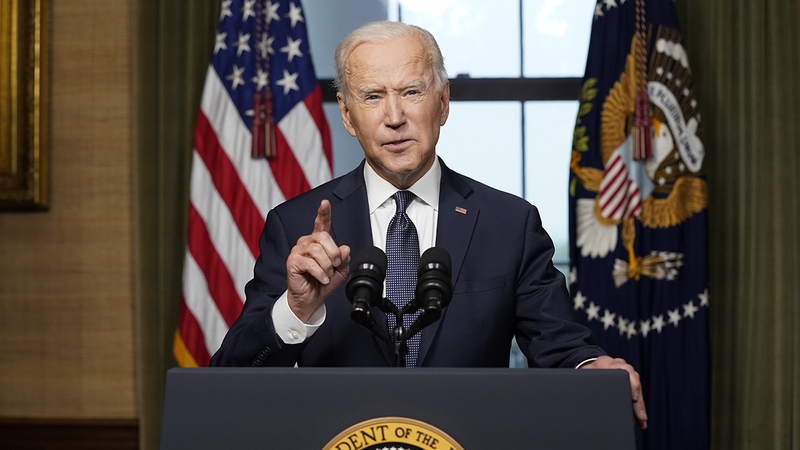 Biden to pull troops from Afghanistan, end longest US war

WASHINGTON -- President Joe Biden on Thursday said the U.S. military mission in Afghanistan will conclude on Aug. 31, saying "speed is safety" as the United States seeks to end the nearly 20-year war.

"We did not go to Afghanistan to nation build," Biden said in a speech to update his administration's ongoing efforts to wind down the U.S. war in Afghanistan. "Afghan leaders have to come together and drive toward a future."

Biden also amplified the justification of his decision to end U.S. military operations even as the Taliban make rapid advances in significant swaths of the country.

The effort to further explain his thinking on Afghanistan comes as the administration in recent days has repeatedly sought to frame ending the conflict as a decision that Biden made after concluding it's an "unwinnable war" and one that "does not have a military solution."

ABC News breaks down President Joe Biden's announcement that the U.S. will withdraw the remaining its. troops from Afghanistan and end America's longest war.

"How many more, how many more thousands of American daughters and sons are you willing to risk?" Biden said to those calling for the U.S. to extend the military operation. He added, "I will not send another generation of Americans to war in Afghanistan, with no reasonable expectation of achieving a different outcome."

Biden said he didn't trust the Taliban but trusted the capacity of the Afghan military to defend the government.

Before his speech, White House press secretary Jen Psaki said Biden administration officials always anticipated an "uptick" in violence and greater turmoil as the U.S. withdrawal moved forward. She added that prolonging U.S. military involvement, considering former President Donald Trump had already agreed to withdraw U.S. troops from Afghanistan by May 2021, would have led to an escalation of attacks on American troops.

"The question fundamentally facing him was after 20 years was he going to commit more American troops to a civil war in Afghanistan," Psaki said.