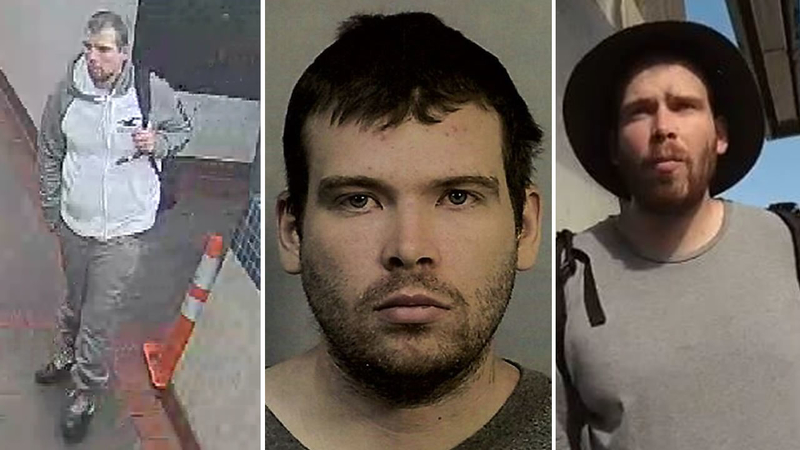 OAKLAND, Calif. (KGO) -- BART police have identified a Bay Area transient as the man responsible for the vicious stabbing murder of 18-year-old Nia Wilson, and the wounding of her older sister Lahtifa Wilson.

Officials say that an anonymous tip led to the arrest of the suspected killer, John Lee Cowell, who had been previously cited for not having proof of payment.

The community is demanding answers and justice.

Nia and her two sisters boarded a BART train in Concord on Sunday night. BART police told ABC7 News the suspect and victims rode the same train to the MacArthur station, and got off around 9:30 p.m.

BART PD said the man was unprovoked when he pulled out a knife and attacked the young women. The attack killed Nia.

"Everything that we've uncovered up to this point, we see no altercation," BART PD Chief Carlos Rojas said. "We don't have any information that there was any type of dispute."

Chief Rojas described the attack as one of the most vicious he's seen throughout the decades he's spent on the force.

Rojas explained BART police officers were on-site, already patrolling MacArthur BART station when the stabbing happened. However, the suspect got away as officers rendered aid to Nia and her sister.

Murder suspect identified in MacArthur stabbing. John Cowell is considered dangerous. Please call 911 if spotted. RIP Nia Wilson. We will bring this suspect to justice. Our thoughts are with the family and friends. Details: https://t.co/DEkTJvJnNe pic.twitter.com/igZU2bdel7

Police found the knife used to kill Nia at a nearby construction site.

BART PD said surveillance video played a crucial role in this murder investigation, and in identifying the suspect.

In the past, BART has been criticized for its use of fake, decoy cameras and its failure to capture other serious crimes.

However, BART Board President Robert Raburn told ABC7 News the cameras are now working, and helped provide another look at the suspect.

On July 18, officers cited John Lee Cowell for not having a proof of payment. BART PD shared a freeze frame from an officer's body cam.

Nia's godfather and a member of the Stop Killing Our Kids organization is hoping evidence will lead to more answers.

Daryle Allums said, "We don't know if it's racist, we don't know if this was random. We don't know what it was, but we're asking the African American community to stand down right now. Let's get this information to find out what really happened."

There is growing speculation about whether the attack was a hate crime, and whether the suspect belonged to any white nationalist group.

Chief Rojas says the department hasn't found that to be the case. However, commuters aren't conviced

Luna Carmen told ABC7 News, "I don't know how divisive everything is getting and all of the racist sentiment here. Seems to be getting worse and it's heartbreaking."

BART police didn't comment on the suspect's mental competency. However, they say he should be considered dangerous. Don't approach Cowell, instead call 911.