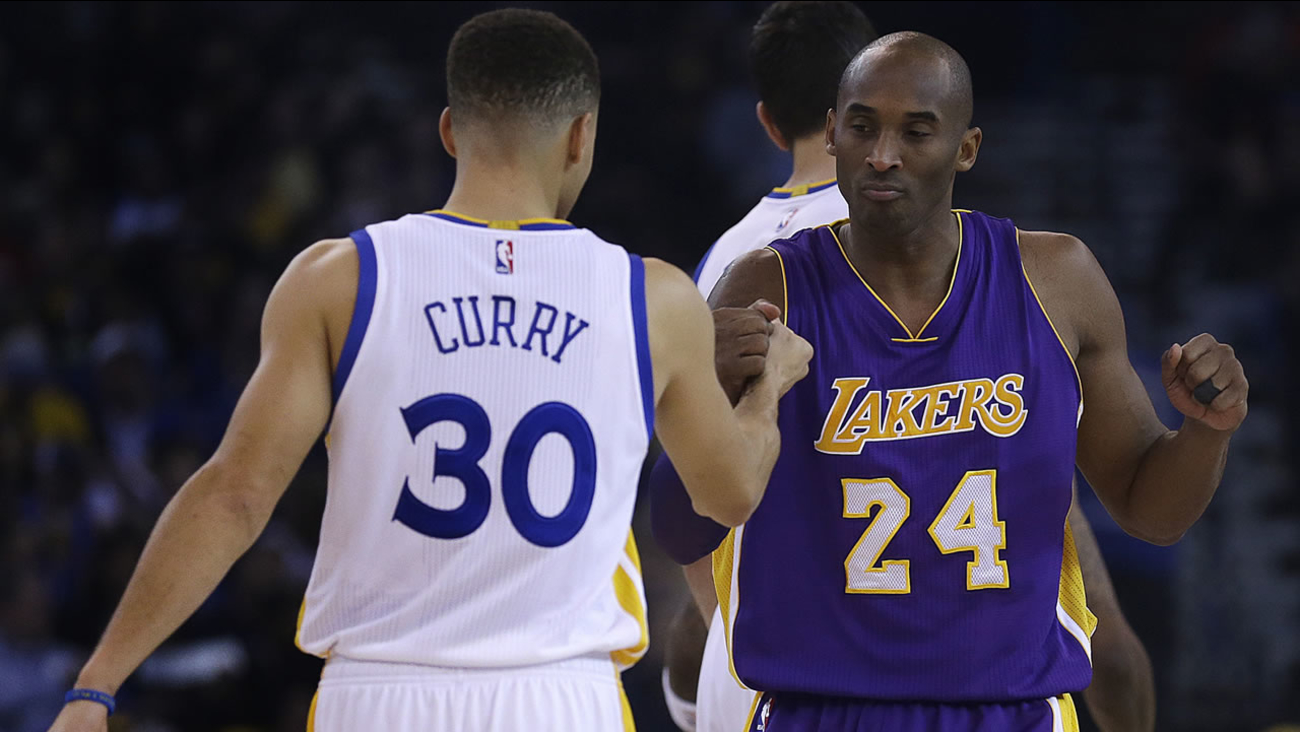 OAKLAND, Calif. (KGO) -- On Thursday night, the Golden State Warriors faced the Los Angeles Lakers and five-time NBA champion Kobe Bryant for the last time at Oracle Arena. The Dubs cruised to a 116-98 victory, but it wasn't just another game; it was a chance to capture the spirit of true sportsmanship.