Tens of thousands of people are expected to cap off LA Pride weekend on Sunday morning by participating in a so-called Resist March that will stretch from Hollywood and Highland to the heart of West Hollywood.

WEST HOLLYWOOD, Calif. -- Tens of thousands of people were capping off LA Pride weekend on Sunday morning by participating in a so-called Resist March that stretched from Hollywood and Highland to the heart of West Hollywood.

Among the high-profile speakers who are expected to address the demonstrators around noon are Reps. Nancy Pelosi, Maxine Waters and Adam Schiff, as well as Los Angeles Mayor Eric Garcetti and comedian Margaret Cho.

"The mission is to march in unity with those who believe that America's strength is in its diversity," organizers said in a statement. "Not just LGBTQ people but all Americans and dreamers will be wrapped in the Rainbow Flag with unique, diverse, intersectional voices gathering together."

In 2016, the LA Pride parade was marked by a somber tone in the aftermath of the Pulse nightclub shooting in Orlando, Fla. Participants in that parade honored the victims of the massacre just hours after it occurred.

Resist March founder Brian Pendleton said he was inspired by the early pride demonstrations of the 1970s and the nationwide Women's March held in January, one day after the inauguration of President Donald Trump. 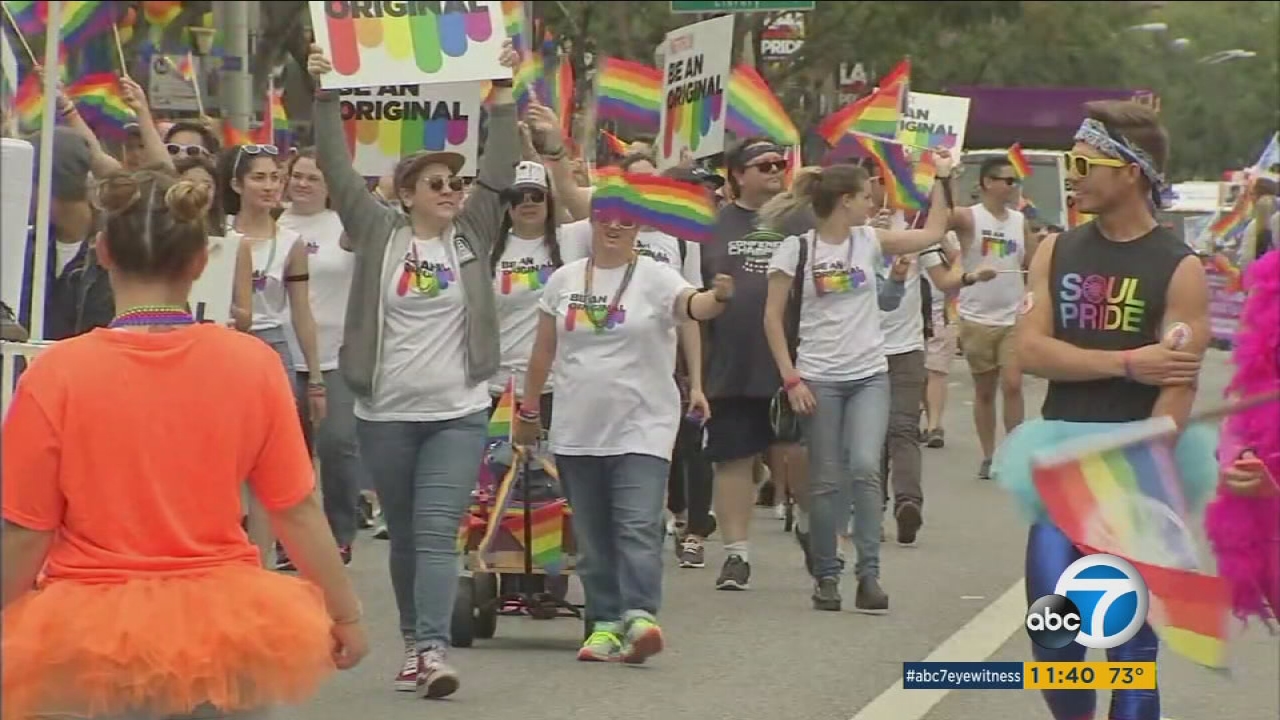