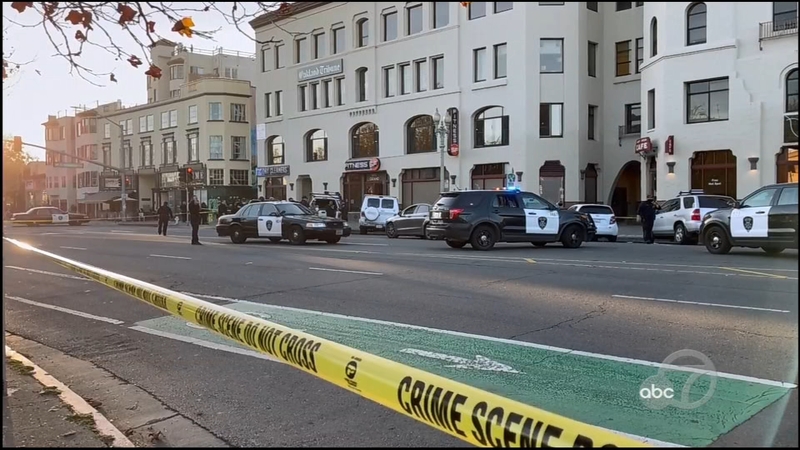 OAKLAND, Calif. -- Oakland police are investigating a Sunday afternoon homicide near Lake Merritt that happened when a man was shot confronting someone trying to burglarize his car.

The incident happened around 3:30 p.m. in the 600 block of Grand Avenue. Police are still looking for the shooter, who fled in his own car.

The shooting death is Oakland 127th of the year, and happened just hours after Oakland police officials announced the department will add tactical teams to address the recent uptick in violent crime in the city.

"Several tactical teams will support the patrol officers who are responding to armed caravans, illegal sideshows and other violent crimes. The tactical teams are highly skilled in de-escalating incidents," police said on social media Sunday afternoon.

A security guard was fatally shot last week in an attempted armed robbery of a news crew in downtown Oakland. Retired police officer Kevin Nishita provided security for a local news crew Nov. 24, when he was shot during an attempted robbery at about 12:19 p.m. in the 300 block of 14th Street. Nishita remained in critical condition at a local hospital until Saturday, when he died of his injuries.

On Wednesday, Kevin Nishita was helping to guard a KRON4 news crew reporting on crime, when he became a victim of one himself.