Eventually there will be 8,000 new homes with more than 2,000 designated for affordable housing
KGO
By Melanie Woodrow 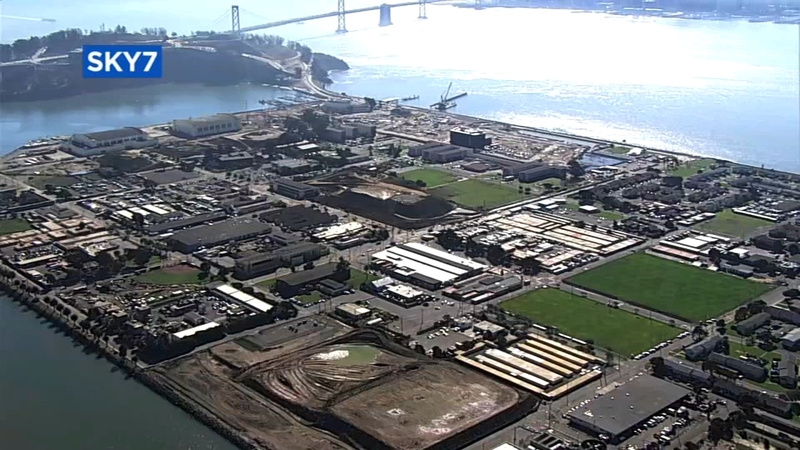 SAN FRANCISCO (KGO) -- San Francisco Mayor London Breed and city officials toured Treasure Island and Yerba Buena Island on Wednesday where a transformational new neighborhood is taking shape on the site of the former naval base.

Mayor Breed and city officials traveled across the Bay by ferry on what will be new regular service between the San Francisco Ferry Building and Treasure Island come January.

The two decades in the making project on Treasure Island and Yerba Buena Island has seen massive strides recently in housing, transportation and infrastructure development.

The Treasure Island Ferry Terminal was just completed this summer.

Other infrastructure improvements include new roads and pathways, water and power facilities and public parks.

Parts of Treasure Island are raised three feet for sea level protection. Geotechnical work has strengthened its foundation and ensured its seismic resiliency.

Eventually, there will be 8,000 new homes with more than 2,000 designated for affordable housing.

The first new homes to be build on Treasure Island are a 105-unit, 100-percent affordable housing complex for formerly and currently homeless veterans.

"This is a former military base and so to have the first project honor those who have served means a lot," said Sherry Williams, One Treasure Island Executive Director.

"We're so pleased that that shows the city's commitment to making this a place for everyone," said Chris Meany, Treasure Island Community Development.