Martinez arson suspect who allegedly set 5 fires was being evicted

Residents of a multi-unit complex say they were concerned about a man who was facing eviction before he was suspected of starting 5 fires.

MARTINEZ, Calif. (KGO) -- Firefighters in Martinez battled a series of fires which were apparently set one after another, police say by a suspected arsonist. Investigators believe he is a resident in the Vine Hill condo complex.

The suspect's home was badly damaged. Investigators say there is no connection to the other homes; they say he simply went on a fire starting spree and randomly picked out his targets.

The first 911 call came in at about 1 p.m. A townhouse with four units on the 1500 block of Ashwood Drive was on fire.

"And then this girl came over and she said, 'There's another fire over here,' and we looked over there and it was blazing just like this one was," Kindle said.

"I was on the back side trying to hose the house with a little garden hose, but it wasn't doing much. I was just trying to keep a little water on the next unit walls," said Bekins mover Brad Sando.

As firefighters battled this blaze, multiple calls were coming in, reporting several fires in the sprawling condo complex. Three townhouses were set on fire, along with two single family homes all around the same time.

That was the biggest challenge firefighters encountered.

"So it wasn't like you had one fire going from building to building. It was that you had a fire and it was located in one building, and you had another fire in another building, and another fire at another location," said Lisa Martinez, a Contra Costa County Fire Inspector.

Mike Kindle, who was working to move a woman out of a nearby unit, said earlier in the day he saw a man arguing with law enforcement officials, then later saw smoke coming from the unit.

"One of the officers realized he had been here earlier today to do a welfare check on the subject living in one of the units on fire," said Martinez Police Lt. Aaron Roth.

Police had checked in on 52-year-old David Boyle. He was being evicted and neighbors were concerned.

Neighbor Joyce Bueker said, "Then he started to be really erratic in what he would say. He'd say some nonsensical things."

"I went inside and said, 'Somebody better call 911 because this guy done set his apartment on fire' and I mean it was blazing," Kindle said.

Some time after the fires were set, police spotted Boyle in the neighborhood, chased him down, and had to use a Tazer to take him into custody. Police are still adding up the total damage.

Police are still adding up the total damage. 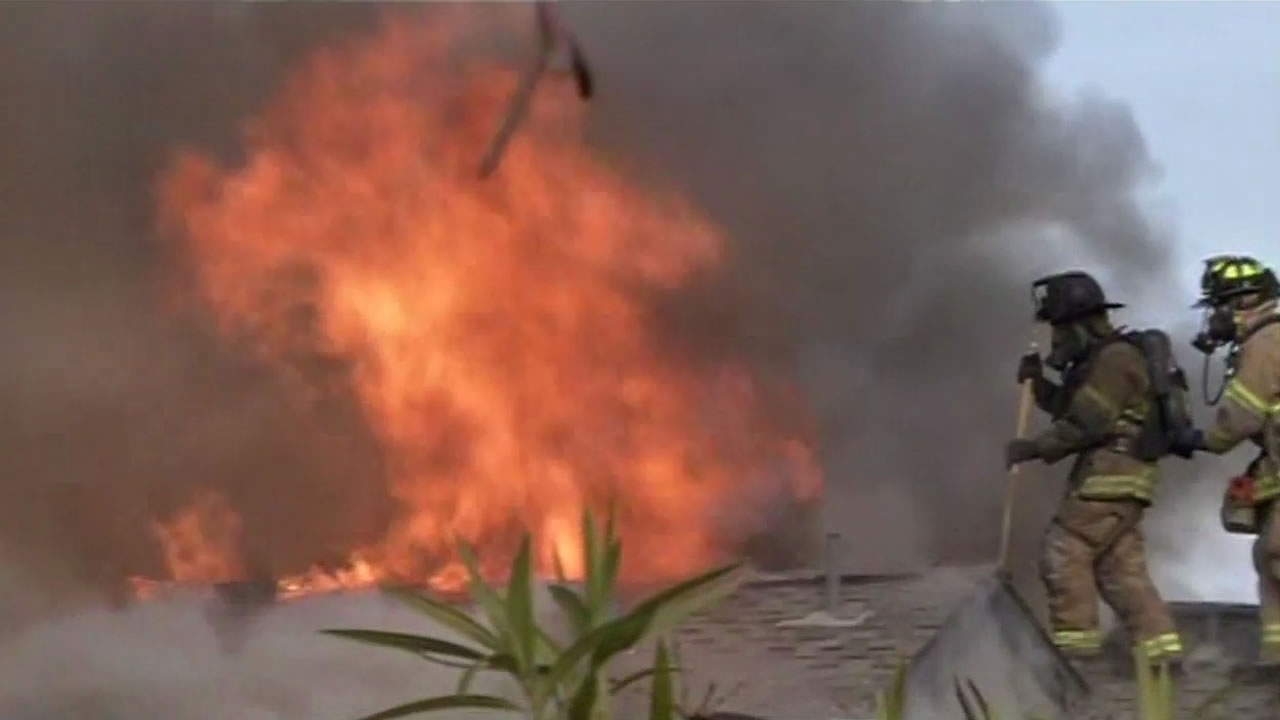 Condo tenant may have set fires in Martinez