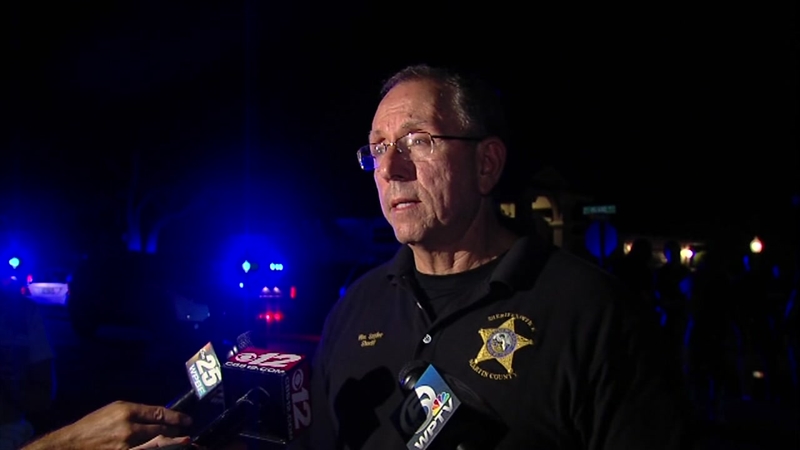 TEQUESTA, Fla. -- Authorities say a husband and wife are dead after a gruesome stabbing attack in Florida Monday.

WPTV reports deputies arrived on scene after a neighbor reported that he had been stabbed.

Deputies say they found the suspect in the driveway on top of the husband, biting and removing pieces of the man's face with his teeth.

Neither a stun gun nor a K-9 unit succeeded in getting the suspect off, but deputies eventually pried him away.

The victim's wife was found dead in the garage.

The neighbor who was stabbed was rushed into surgery and is expected to survive.

Deputies say the suspect and victims knew each other, but their relationship isn't clear.