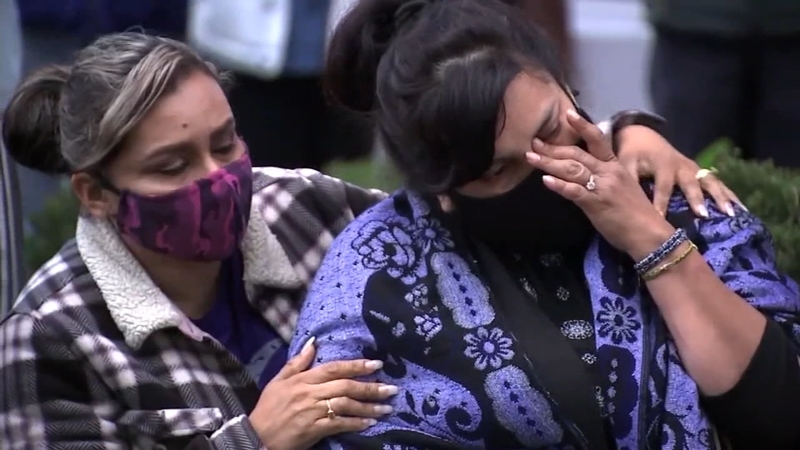 ALAMEDA, Calif. (KGO) -- The family of Mario Gonzalez, who died earlier this year during an incident with Alameda police, has filed a lawsuit against the officers involved and the City of Alameda.

The suit, which is being filed on behalf of Gonzalez's five-year-old son, comes one week after the Alameda County Coroner's Office ruled Gonzalez's death a homicide.

The incident took place back in April, when three Alameda police officers attempted to arrest him.

They thought he was under the influence and might have been involved in a theft.

"They forced him face down on the ground. They got on top of him with their weight," said Julia Sherwin.

Sherwin is one of the attorneys filing the suit.

"Little Mario has just been missing his father terribly. He still asks his mother why his Papi doesn't wake up," she said.

The lawsuit is asking for financial damages to be paid out to Gonzalez' family.

But Sherwin says, aside from the lawsuit, they're also calling for the Alameda County District Attorney to bring criminal charges against the officers involved, as well as reforms including requiring all law enforcement to undergo crisis intervention team training.

"Which helps officers recognize when a situation is not a law enforcement situation, but is more of a mental or behavioral health situation," Sherwin says.

Similar calls have grown louder since Gonzalez's death, and on Thursday, the City of Alameda launched its pilot program for their so-called CARE team, a non-police alternative for certain cases.

"The hope is that we make contact out in the street. We get them the help and the aftercare that are needed, and we get them on a better pathway to success," said Alameda Fire Chief, Nick Luby.

The three officers involved in the Gonzalez incident are currently on administrative leave.