Berkeley police are investigating threats made against a middle school, which prompted some students to be evacuated on Monday.

BERKELEY, Calif. (KGO) -- Berkeley police are investigating threats made against a middle school, which prompted some students to be evacuated on Monday.

Police say the threats are coming from the neo-Nazi group that led a violent rally in Sacramento.

Someone threatened to kill the children at Martin Luther King Jr. Middle School. The district took the email seriously enough to call police.

ABC7 News interviewed a nervous parent who agreed to say what happened, but because of safety concerns did not want to show her face or use her name.

"My younger son was attending a summer camp, which was evacuated yesterday because somebody threatened to shoot up the summer camp and kill the children if the school district didn't fire Ms. Felarca," the parent said.

Yvette Felarca teaches English and history at Martin Luther King Jr. Middle School. She attended a counter protest in Sacramento on Sunday, demonstrating against neo-Nazis who were rallying at the state capitol.

She was hurt when the protests turned violent but felt strongly about being there. "We defeated them and their efforts. They had to run hiding, hiding behind the police and just running away altogether," she said.

But now anonymous emails have demanded that she be fired or there will be consequences. The FBI has classified it as a low-level threat but Berkeley police are taking the threats seriously.

"We met with school staff and the unified school district staff on Sunday and again on Monday morning as well as some of the parents that were showing up at the school to let them know what was going on," Berkeley Police Dept. Sgt. Andrew Frankel said.

The parent we spoke to found the threats very upsetting.

"I was shocked. After everything that's been going on with shootings, very scary someone would do that and target kids," the anonymous parent said.

Felarca told ABC7 News by phone that she is very angry this happened but wouldn't hesitate to go to another rally.

This parent will stand by her. "I fully support her being able to be an activist as well as continue in her role as a teacher."

There are no students on the campus but people still use the tennis courts and swimming pool.

Berkeley police have assigned an officer to the campus for now and have added extra patrols around the school. 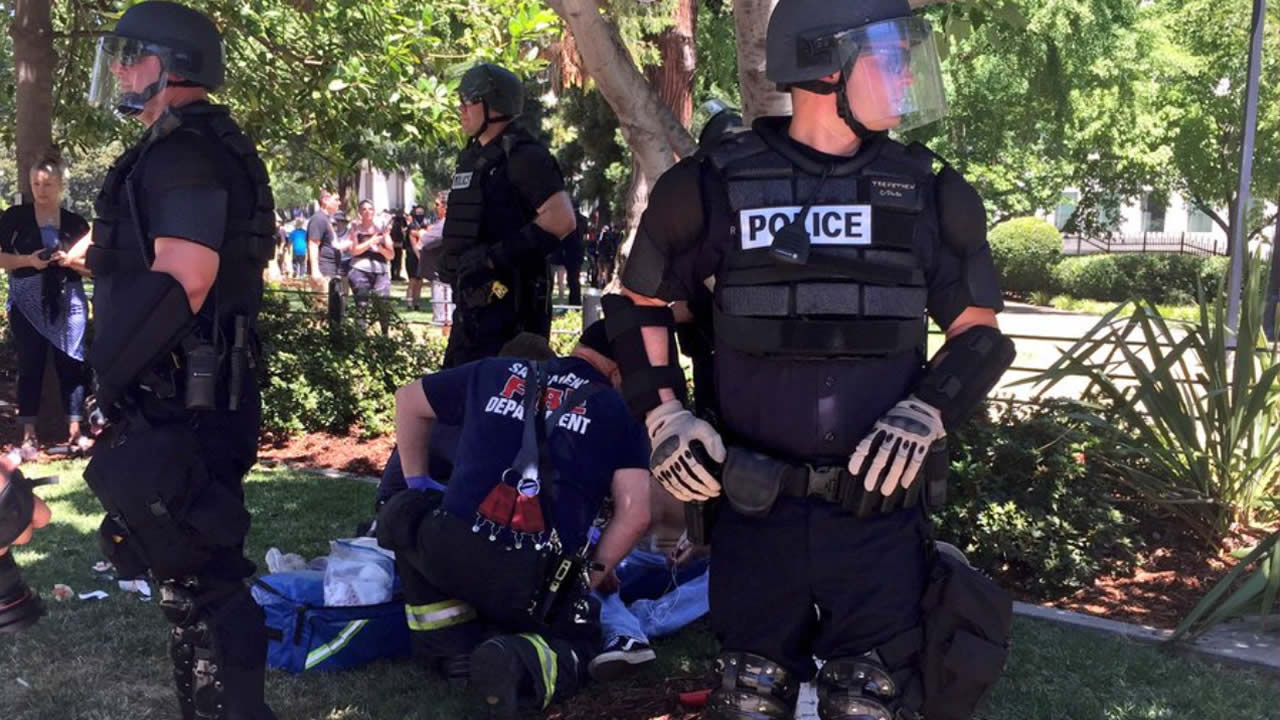 Multiple people stabbed at political rally outside Capitol in Sacramento