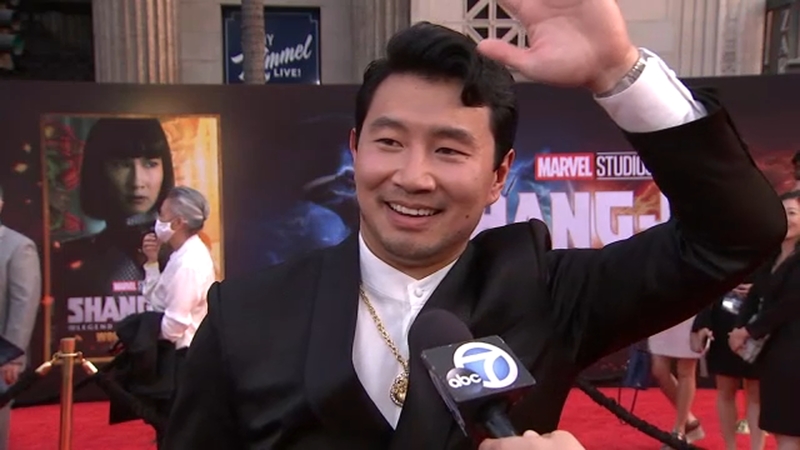 HOLLYWOOD -- "Shang-Chi and the Legend of the Ten Rings" puts actor Simu Liu front and center as the first Asian leading man in the Marvel Universe. Fans at the premiere let Liu know how they feel about him with a loud round of cheers.

"There's a chant starting right now! This is pretty incredible," said Liu. "I know we're running behind but I had to take a moment. So many people celebrating this moment, that's why I'm fired up."

"There are a lot of firsts on this movie," said writer-director Destin Daniel Cretton. "For the cast, for me. I've never... it's a big carpet!"

The film's world premiere in Hollywood proved to be a new experience for several of the film's stars.

"This is my first time standing on a red carpet," said Andy Le. "I'm hyped, energized!"

"They flew me to do a screen test with Simu, that's when I realized I was auditioning for a Marvel film!" said Meng'er Zhang. "And it's like a dream. I still have to pinch myself."

"In the Heights" and "Crazy Rich Asians" director Jon M. Chu stopped by the premiere to support his friends.

"This is a moment. We're starting a new chapter," said Chu. "The new stars will have a new face and I love that!"

"Shang-Chi and the Legend of the Ten Rings" opens in theaters on Sept. 3.

"Shang-Chi and The Legend of The Ten Rings" stars Simu Liu as Shang-Chi. Watch the new trailer that premiered during NBA Countdown here.