Can citizen action stop the next mass shooting? What can you do? 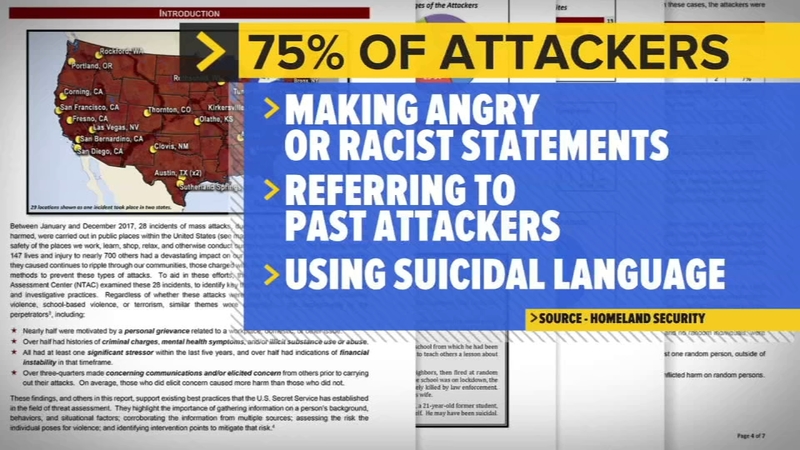 Can citizen action stop the next attacks? What can you do?

As we look at what all of us as citizens can do to address this epidemic of deadly mass shootings in America, the FBI is calling on everyone to alert authorities if you see something suspicious in person or online.

Lone gunmen with high powered weapons unleashing their killing spree, and though investigations into these shootings are just getting started, there are questions about whether any of them could've been prevented.

Were there warning signs missed?

"It's possible to prevent mass shootings because these events are planned in advance and most importantly, those who carry out mass shooting typically tell others about it beforehand," said threat assessment psychologist Marisa Randazzo.

A Homeland Security study into mass shootings found 75 percent of attackers showed signs that they were about to attack by making angry or racist statements referring to past attackers and using suicidal language.

But some of the behavior patterns can also be less severe.

An FBI study found 4 out of 5 active shooters display "concerning behaviors" as subtle as a change in work performance.

And though research shows most mass shooters are frequently surrounded by people who saw warning signs, 59 percent didn't report the odd behavior to law enforcement.

Make sure you know the three ways to to survive an active shooter situation. It could save your life.

"Even if they're not quite sure what they're seeing, the more we can do to support the person considering violence we can figure out other ways to help them solve those underlying problems," Randazzo said.