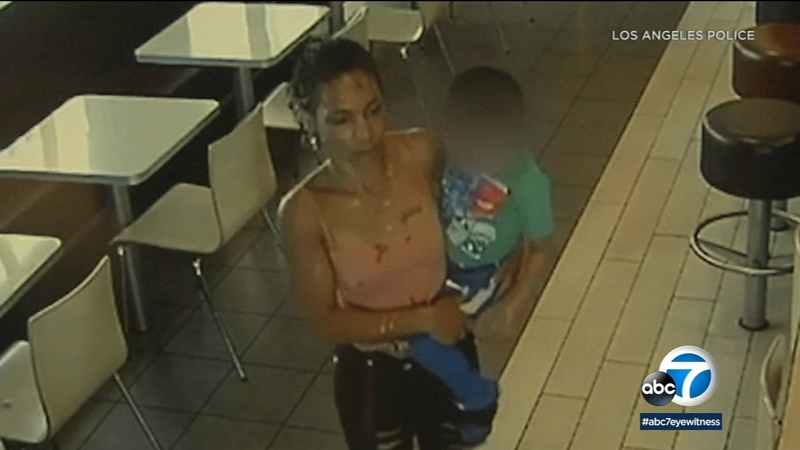 Woman arrested in attempted kidnapping of young boy in LA

LOS ANGELES -- An Arizona woman has been charged with kidnapping a 4-year-old boy from a Los Angeles McDonald's earlier this week, the Los Angeles County District Attorney's Office announced Friday.

Maralyn Ramos, 33, of Tucson, was charged with one count each of kidnapping and grand theft auto. She is expected to be arraigned Friday.

On Tuesday, Ramos was allegedly seen picking up the boy inside the restaurant and carrying him out. She attempted to get into a vehicle but a witness stopped her. Ramos fled on foot and the boy was not injured. She was arrested the following day in a stolen car, Deputy District Attorney R.J. Dreiling said.

Prosecutors are recommending bail be set at $170,000. If convicted as charged, Ramos faces a possible maximum sentence of 11 years and eight months in state prison.