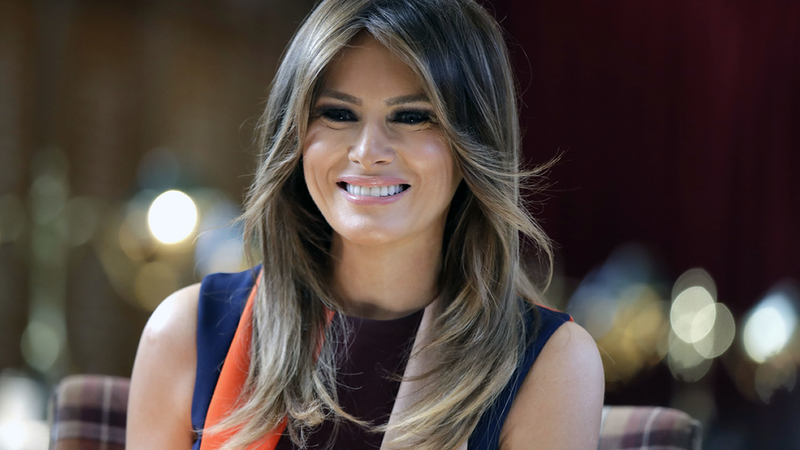 COLUMBUS, Ohio -- President Trump spoke to his base at a rally in Columbus, Ohio, on Saturday. Strikingly absent from the president's remarks? His war of words with basketball superstar, LeBron James.

Less than 24 hours before taking the stage, the president tweeted:

"LeBron James was just interviewed by the dumbest man on television, Don Lemon. He made LeBron look smart, which isn't easy to do."

The president added, "I like Mike!"-- an apparent reference to Michael Jordan.

Earlier this week, James spoke with CNN's Don Lemon about a school for at-risk children he's opening in his hometown of Akron, the I Promise School. In the interview,

"He's kind of used sport to kind of divide us," James said. "And that's something that I can't relate to."

And CNN's Lemon fired back, criticizing the president's immigration policy.

He added "#BeBest," a reference to the first lady's anti-bullying campaign

Melania Trump's communications director issued a statement praising James, saying: "It looks like LeBron James is working to do good things on behalf of our next generation."