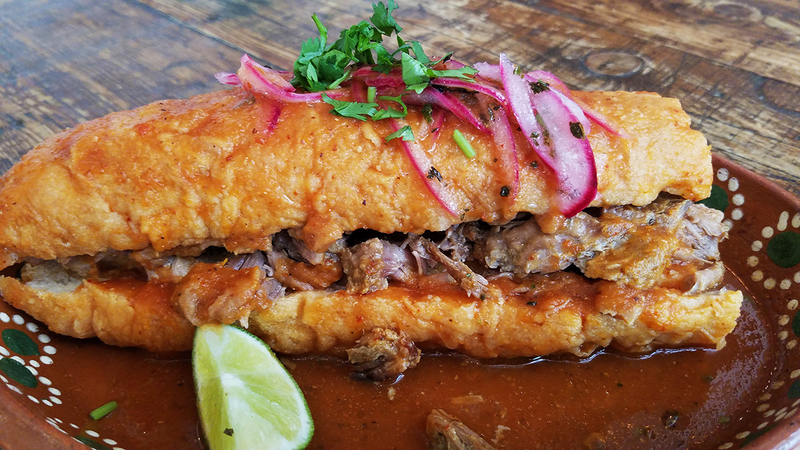 It is a sandwich made with braised pork, known as carnitas, and refried beans inside a salty baguette called a birote or bolillo. What makes the sub stand out is what happens right before it is served. It is covered in a red pepper sauce. Mexicans say it is drowned or ahogada in the spicy sauce.

"It's sold in every market and high-end restaurant in Guadalajara," said Chef Gloria Dominguez, who keeps tortas ahogadas in the menu of Tamarindo Antojeria, her highly rated Mexican restaurant near downtown Oakland.

The sandwich is messy and can be very spicy. In Mexico, it is usually offered in two sauces. One is made from a mix of tomatoes and chile de arbol peppers. The bravest eaters can go for the spicier sauce made entirely of chile de arbol, which have a Scoville or hotness unit of about 30,000, similar to cayenne peppers.

Dominguez will feature the sandwich at GourmexSF, a gastronomic event of Mexican food that is held yearly in San Francisco. This year, the event will feature foods from Mexico's Jalisco state. Chef Dominguez will be there serving small samples of her torta ahogada, with extra sauce on the side for those brave enough to want it extra spicy.