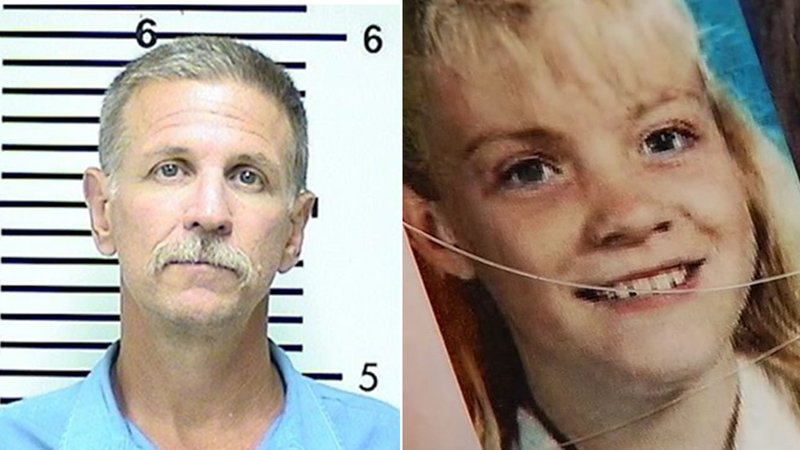 Hayward police, the Alameda County District Attorney's Office and the FBI gave an update on the investigation on Monday. Hayward Police Chief Toney Chaplin announced the arrest and said Misch is currently in custody at Santa Rita Jail in Alameda County.

On Monday, authorities announced an arrest in the unsolved kidnapping of Michaela Garecht. Her father and the retired lieutenant who oversaw the case reacted to the new details 32 years later.

On Nov. 19, 1988, 9-year-old Michaela went missing after she went with a friend to a market on Mission Boulevard in Hayward to buy some treats. When they came back outside, Michaela's scooter wasn't where she left it by the side door. Michaela spotted the scooter in the parking lot a few yards away from the front door, but when she bent over to pick it up a man grabbed her, threw her in his car and drove away. Her friend, Katrina Hogue, was only one witness to the kidnapping.

Michaela's mother, Sharon Murch, was unable to attend Monday's press conference and has since moved to a small town in Iowa. Police read her statement during the conference.

The mother of Michaela Garecht released a statement Monday after the Alameda County District Attorney's Office charged 59-year-old David Misch with murder in connection to the 1988 disappearance of her daughter.

Misch faces murder charges with 2 special circumstances, one for murder in the course of a kidnapping and another because Misch was already convicted of a previous murder.

"The crime shocked not only the local community of Hayward and Alameda County but the entire Bay Area and the nation. It was so brazen, so ruthless but clearly planned," said Alameda County Da Nancy E. O'Malley.
Misch has been in jail since 1989 and is also linked to the 1986 double murder of Michelle Xavier and Jennifer Duey, officials say.

Authorities say it was Fremont police that alerted Hayward police they might want to take a look into Misch. He left a partial palm print on Michaela's scooter that investigators said had to be compared manually, directly with their own eyes.

ABC7 News asked Hayward's Police Chief if the suspect might be connected to other missing girls?

"Right now it's wide open. Just like we were able to crack this after 32 years, nothing is off the table," said Chief Toney Chaplin.

For the past thirty years, Sharon Murch has been searching for answers, about what happened to her little girl, who was last seen in their Hayward neighborhood on Nov. 19, 1988.