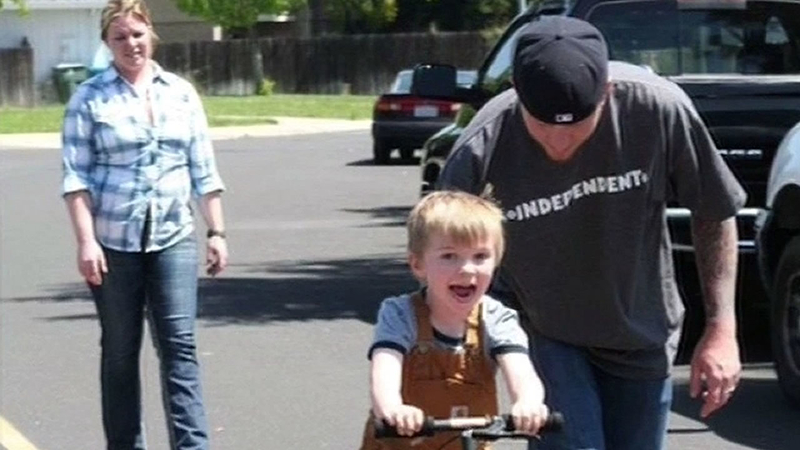 BENICIA, Calif. (KGO) -- A family from Benicia is missing after their cabin burned and two bodies were found among the ashes. Police have now opened a criminal investigation.

Adam Buchanan, his 7-year-old son Gavin and Gavin's mother Molly McAfee have been missing for more than a week.

Investigators want to know where they are and what started the fire at the cabin.

Neighbors knew the family was missing, but were surprised when detectives showed up with search warrants.

The unidentified remains of at least two people were found in the rubble of their burnt out cabin in El Dorado County.

"The fire was so intense and it came to a point where there is really nothing identifiable there," said Steve Gizzi, the Buchanan family attrney.

Gizzi is the family's business attorney who says the El Dorado Sheriff's Department told him this is a criminal investigation.

That fire inside the family cabin happened on September 13. The three are believed to have been there that weekend.

ABC7 News featured Gavin, two years ago on Aug. 3, 2013, after he saved up $100 and donated it to help Benicia's police dogs. Gizzi described Gavin as "an amazing kid."

"A bunch of Sheriffs deputies showed up. Later on in the evening around 10 o'clock they towed away some white pickup truck," said Rob Page, one of the neighbors.

Detectives also went to buchanan's construction company office, in benicia, and questioned his businesses neighbors, including the owner of a jiu jitsu gymnasium where Buchanan's 16-year old son, Nolen Buchanan works out.

Nolen has been living with his grandparents since his family disappeared.