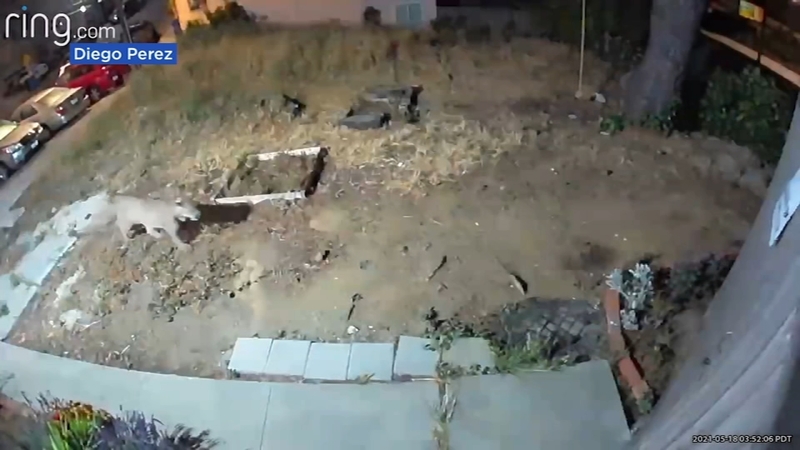 SAN FRANCISCO -- San Francisco residents are being asked to be on alert after a mountain lion was spotted in the city early Tuesday morning.

As a precaution, officials with the San Francisco Recreation and Park Department posted warning signs throughout the park, cautioning residents and visitors to be on the lookout.

"Either it's hunkered down under a bush, waiting to get out of town, or it's already gone," she said. "Mountain lions are pretty elusive. They don't want to bug people."

Residents who encounter mountain lions are encouraged to avoid running or turning their back. Instead, they should face the animal, make noise, try to look bigger by waving their arms, throw rocks or other objects, and pick up small children. Additionally, dog owners should keep their dogs on a leash.