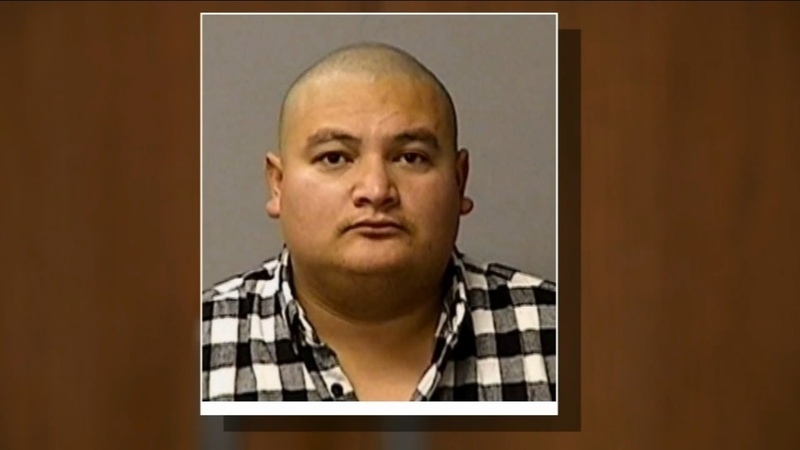 NEWMAN, Calif. -- New details are painting a picture of what happened after Newman police Cpl. Ronil Singh was shot and killed on December 26.

According to a criminal complaint filed by federal prosecutors, Pablo Mendoza (also known as Gustavo Arriaga), the man charged in Singh's death, allegedly stopped at the trailer park where he lived with his girlfriend in Newman after his encounter with Singh. While there, investigators say he completely concealed his truck by using large pieces of plywood.

His girlfriend told police Mendoza told her he "was leaving" and asked her for work clothes.

It's the beginning in a series of encounters that detectives say was all part of his plan to get to Mexico without being captured in the US.

"In this particular case, it gets very complicated because the accessories, the people in Bakersfield, the people that were helping, could be on the hook for a sentence of up to 20 years," said ABC30 legal analyst Tony Capozzi.

In order for the defendants to get the maximum sentence of up to 20 years, Capozzi says prosecutors must prove several specific provisions were violated. They include whether the alleged accomplices put someone in danger or caused some kind of physical harm to a person involved in the case.

RELATED: How agencies across California came together to nab alleged cop-killer Arriaga

"The question becomes, is the bodily injury caused by Mendoza related to what these accessories did afterwards?" Capozzi said.

Court records allege others in the group helped Mendoza get rid of the murder weapon, gave him rides and money to flee to Mexico and bought him a new cell phone. Federal prosecutors are accusing the 7 co-defendants of harboring an illegal immigrant and shielding him from detection. Court records show they are all in the country illegally as well.

Capozzi says the case against the accomplices is unusual for many reasons, including the fact the primary suspect is already under arrest and is no longer wanted.