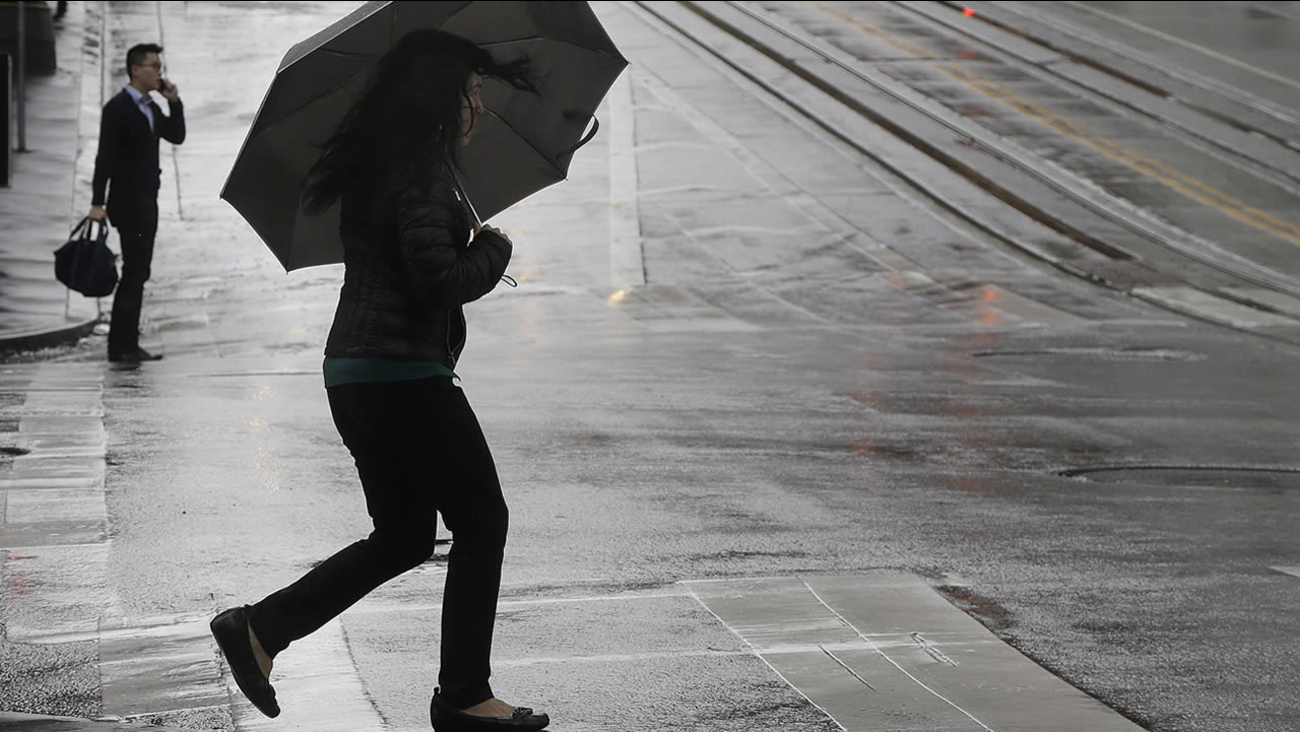 SAN FRANCISCO -- After all the talk, El Nino storms have finally lined up over the Pacific and started soaking drought-parched California with rain expected to last for most of the next two weeks, forecasters said Monday. 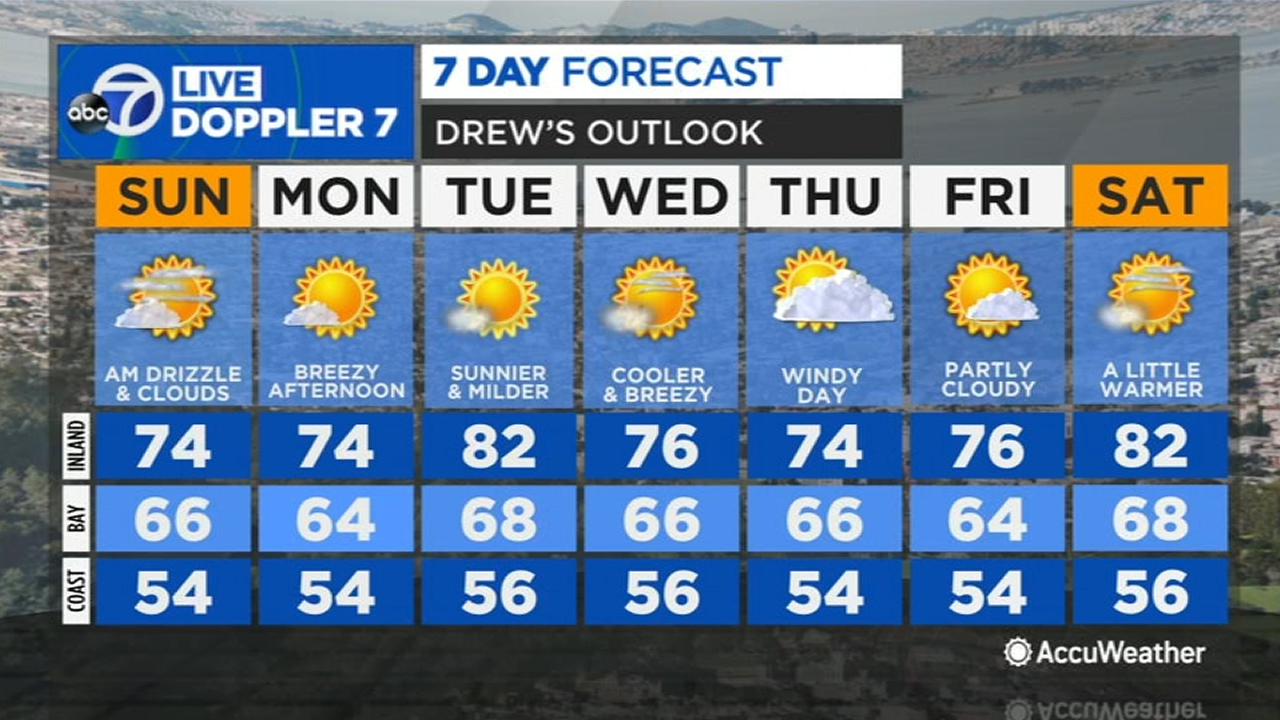 AccuWeather forecast: Mostly cloudy with chance of drizzle
Clouds surge back in from the coast tonight, creating mostly cloudy skies for much of the Bay Area. Along the coast, there is the chance for some drizzle overnight.

As much as 15 inches of rain could fall in the next 16 days in Northern California, with about 2 feet of snow expected in the highest points of the Sierra Nevada, said Johnny Powell, a forecaster with the National Weather Service.

To the south, persistent wet conditions could put some Los Angeles County communities at risk of flash-flooding along with mud and debris flows, especially in wildfire burn areas.

The brewing El Nino system - a warming in the Pacific Ocean that alters weather worldwide - is expected to impact California and the rest of the nation in the coming weeks and months.

Its effects on California's four-year drought are difficult to predict, but Jet Propulsion Laboratory climatologist Bill Patzert said it should bring some relief.

El Ninos in the early 1980s and late 1990s brought about twice as much rain as normal, he said. The weather also caused mudslides, flooding and high surf.

In recent weeks, a weather pattern partly linked with El Nino has turned winter upside-down across the nation, bringing spring-like warmth to the Northeast, a risk of tornadoes in the South, and so much snow across the West that even ski slopes have been overwhelmed.

Big parts of the country are basking in above-average temperatures, especially east of the Mississippi River and across the Northern Plains.

The record drought in California has forced Gov. Jerry Brown to order cities to conserve water by 25 percent compared to the same period in 2013.

Los Angeles Mayor Eric Garcetti warned people to clear gutters and anything in their yard that might clog storm drains; assemble an emergency kit; and stockpile sandbags if their home is susceptible to flooding.

An effort also was under way to provide shelter for homeless people.

"We want as little damage and destruction and as little death as possible," Garcetti said.

Between 2 and 3.5 inches of rain is predicted to fall across the coastal and valley areas of Southern California through Friday, with up to 5 inches falling in the mountains.

The first wave of rain started in Northern California with light showers Sunday and was expected to pick up strength and cover a large area of the region, the weather service said.

"This series of storms are definitely associated with the El Nino phenomenon in that the jet stream has taken a fairly significant southward trajectory in the Pacific on its return flow back into the California coastline," said Bob Benjamin, a forecaster with the weather service.

Forecasters say a second, stronger storm is expected to arrive in Northern California late Monday. At least two more storms are expected to follow on Wednesday and Thursday, possibly bringing as much as 3 inches of rain.

In Arizona, El Nino conditions will help push a parade of Pacific Ocean storms inland with light to moderate snow falling in the high country and rain in lower elevations, forecasters said Monday.

The National Weather Service says a series of weather systems will drop widespread precipitation - snow in the high country and rain in lower elevations - as the week progresses. 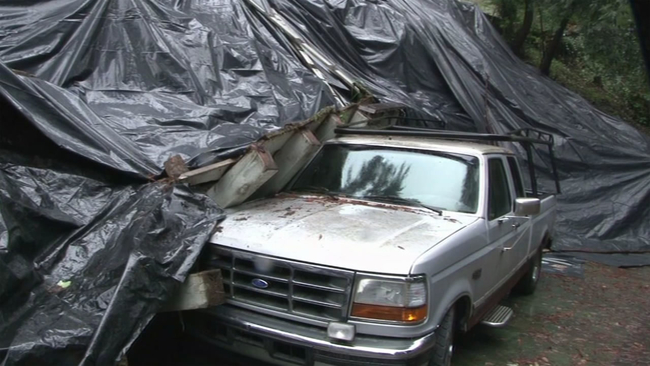 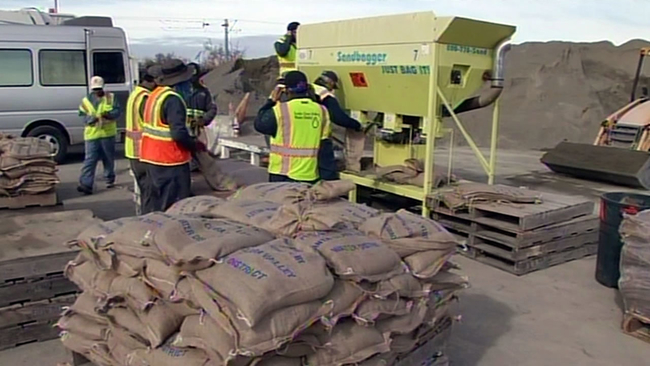