KGO
1 / 4
A northern fur seal named Pipester was found in the bushes at a business park in Hayward, Calif. on Wednesday, January 20, 2016.
The Marine Mammal Center
SAUSALITO, Calif. (KGO) -- Marine mammal experts are taking care of a baby seal that was found very far from home. The northern fur seal was spotted Wednesday morning at a business park off Sandoval Way in Hayward.

Someone called the police department when they saw it. Police at first thought the caller was mistaken and the furry creature was really just a "possum or a weird cat."

A trained rescuer from The Marine Mammal Center was dispatched around 6:30 a.m. to the area and successfully rescued the pup.

Officials with the Center say that the animal already had an ID tag and has been identified as a northern fur seal pup called "Pipester," who had previously been in their care for malnutrition.

He was originally rescued on November 7, 2015, at Moss Landing Harbor by volunteers with the Center's Monterey Bay Operations and spent a few weeks at the Center gaining weight before being released late in December of last year.

Pipester is in the Center's care at their hospital in Sausalito and will receive a thorough exam Thursday by veterinarians.

The Marine Mammal Center says they rescued a record number of northern fur seal pups in 2015, more than three times as usual.

It's believed that the seal somehow got out of the water, crossed busy Interstate 880, and ended up on the east side of Hayward. 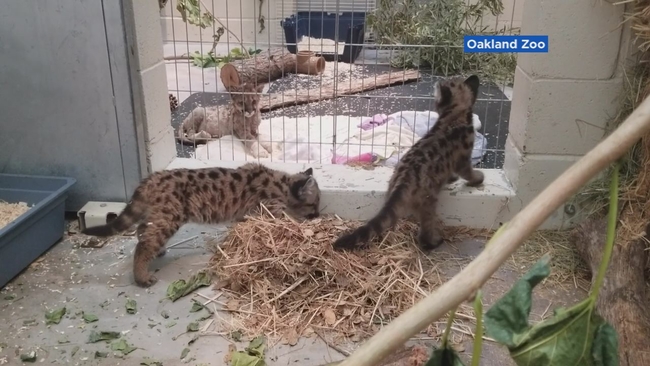