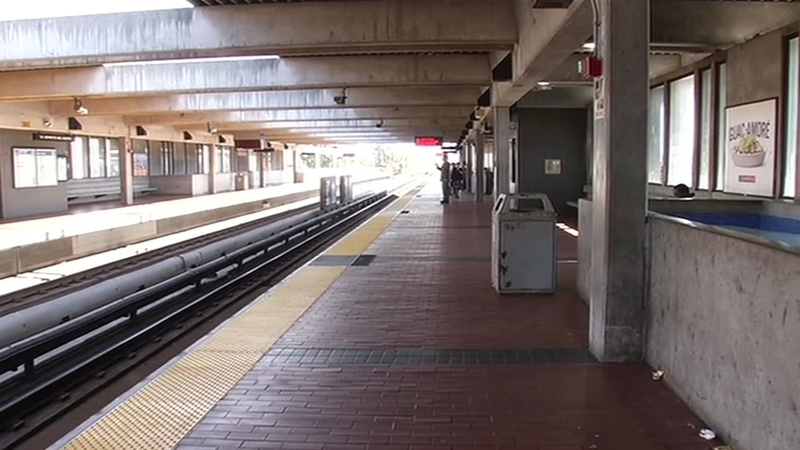 EL CERRITO, Calif. (KGO) -- A brazen armed robbery occurred inside an East Bay BART station and the victim was a 12-year-old boy.

The boy's wallet was stolen at gunpoint and now the child's mother is demanding answers.

The incident happened Friday in the El Cerrito Del Norte Station at around 6 p.m. The boy was coming home from a visit with his cousin when he says a man with a gun came up from behind and told him to keep walking.

"He put a gun to my waist. I didn't know what it was at first," said the victim, who is not being identified.

The man ordered him to keep moving down the station stairway.

"He told me to stop where there wasn't any cameras so they couldn't see him," said the boy. "He started reaching in my pocket, felt my wallet."

He says the suspect then demanded his backpack. The boy said he did not give the suspect his bag. "I pushed him off of me and started running," the boy said.

The suspect got away.

"My first question was are you OK? Where are you?," said the victim's mother.

The boys mom filed a report with BART police but wonders why officers were not around during the robbery.

"To actually physically put a weapon on him and then have him go to the middle of the stairs and physically take something from him, I was in shock," the boy's mother said.

BART police say officers patrol the station property, but are not always inside. They are investigating the robbery and possible security camera footage, but there are few leads.

Last January, a gunman shot and killed a 19-year-old man on board a BART train in West Oakland. Some cameras on board the train may have been decoys and did not record the crime. The suspect is still at large.

The mom said she's glad her son was not hurt. She said there will be no more BART trips for now.
Copyright © 2021 KGO-TV. All Rights Reserved.
More Videos
From CNN Newsource affiliates
TOP STORIES