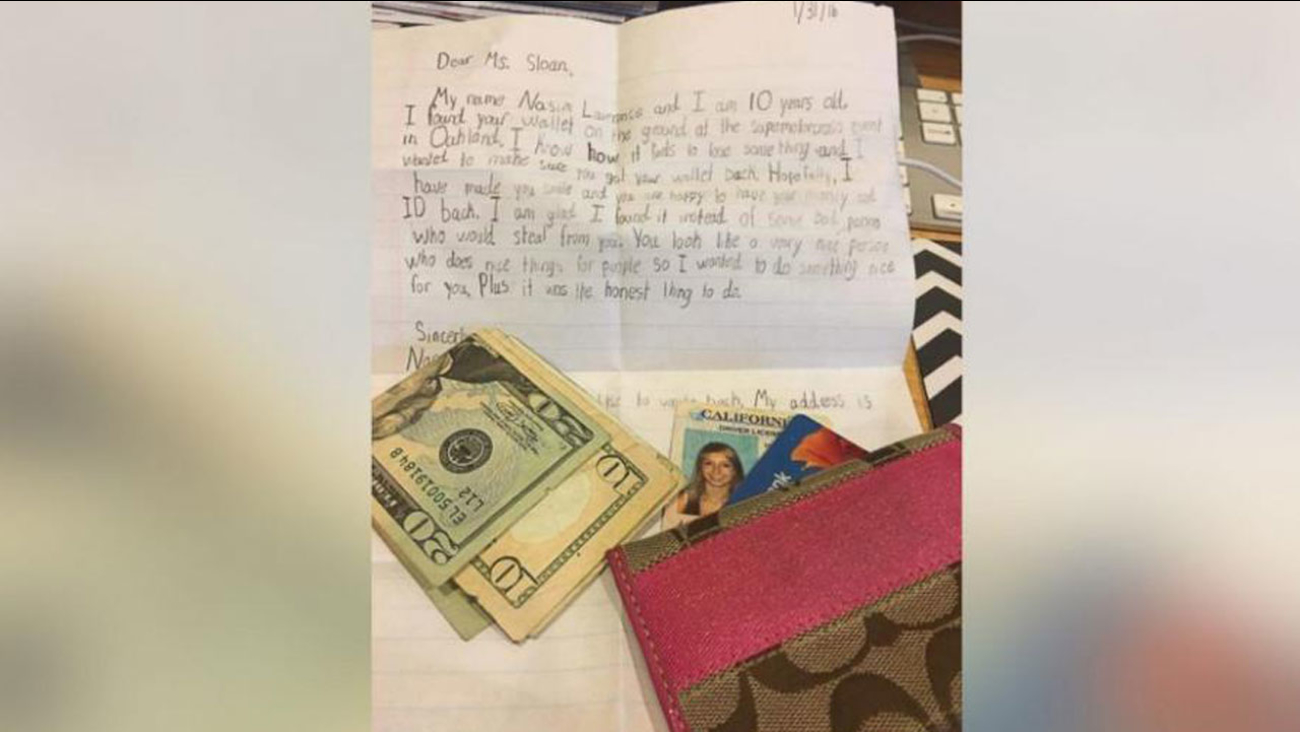 Child Returns Lost Wallet to Woman With Note: 'Hopefully, I Have Made You Smile'

My name is Nasim Lawrence and I am 10 years old. I found your wallet on the ground at the Super Motocross event in Oakland. I know how it feels to lose something and I wanted to make sure you got your wallet back. Hopefully, I have made you smile and you are happy to have your money and ID back. I am glad I found it instead of some bad person who would steal from you. You look like a very nice person who does nice things for people so I wanted to do something nice for you. Plus it's the honest thing to do. 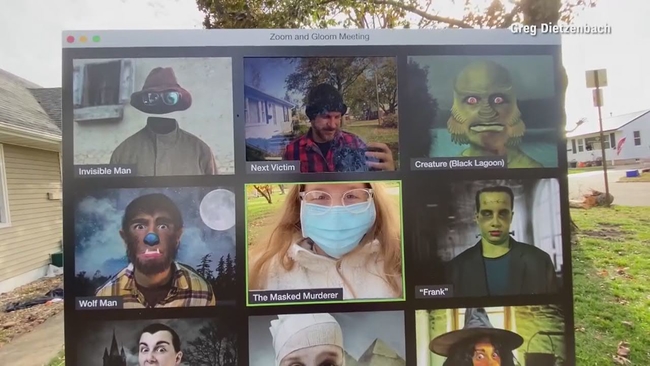 Dad's Zoom Halloween costume for his daughter is scary good

Family of boy with cancer gets special gift from neighbors