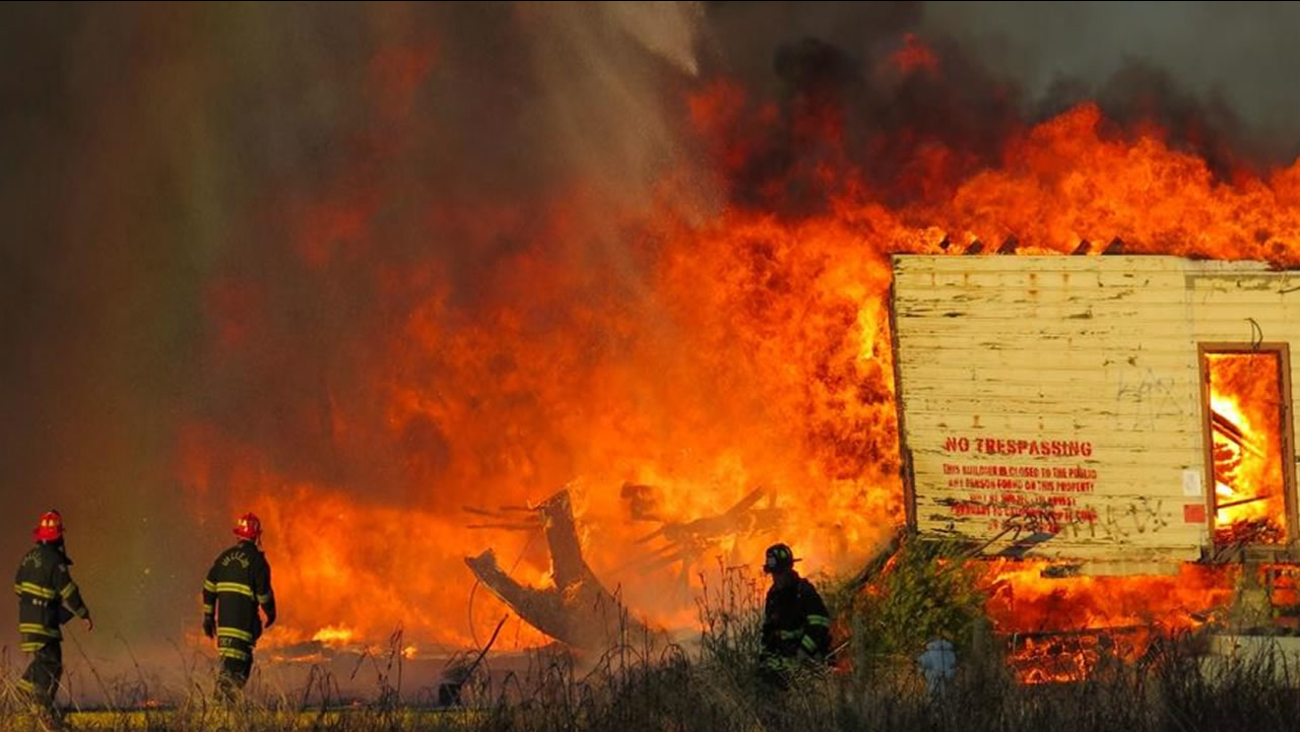 Firefighters responded to a report of a structure fire in the 400 block of Azuar Drive shortly after 7 p.m., fire Capt. Steve Smircich said.

The barracks are known to house "homeless activity," Smircich said.

Crews from the Fairfield Fire Department are also assisting in battling the fire.

No further details were immediately available.