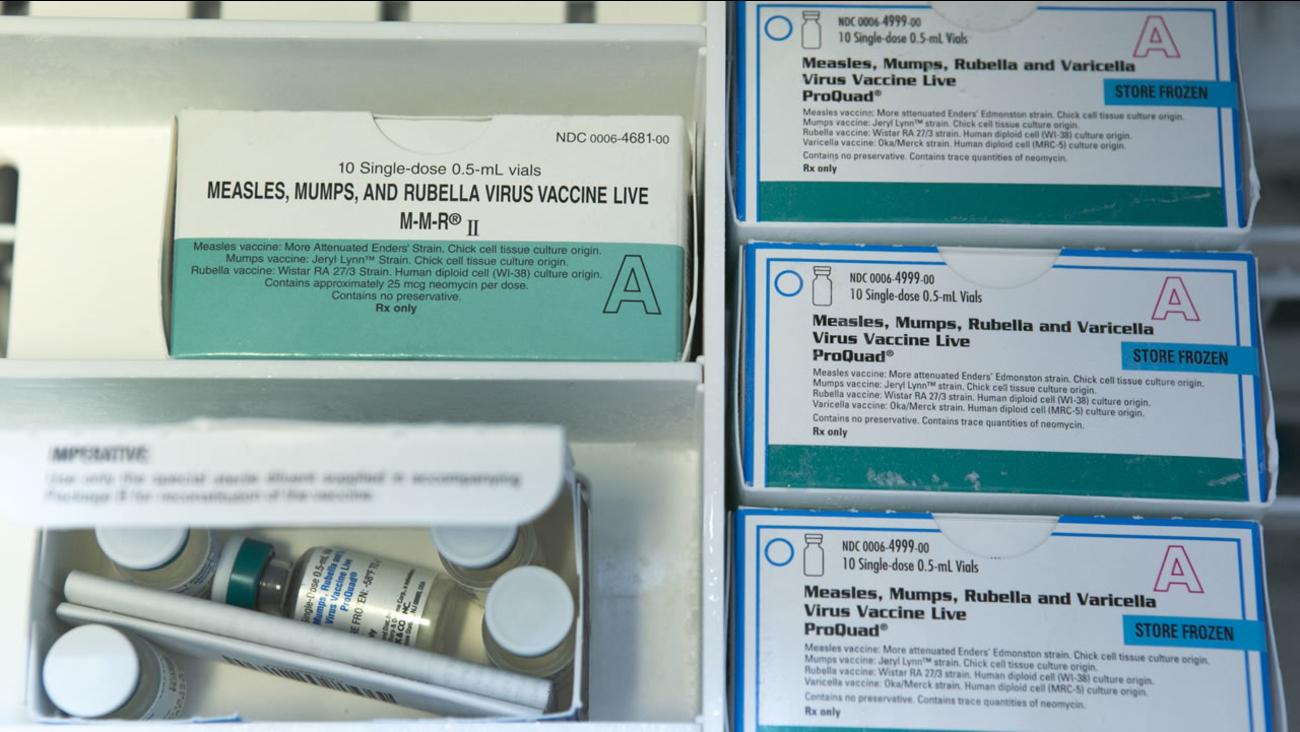 Boxes of single-doses vials of the measles-mumps-rubella virus vaccine live, or MMR vaccine and ProQuad vaccine are kept frozen inside a freezer in Northridge, Calif.

The case was confirmed Friday evening in a non-school age child.

Meileen Acosta, an epidemiologist with the county's health department, said the child is under 5 years old and started showing measles symptoms in the last week to 10 days. She said there doesn't appear to be a direct connection to the recent cases contracted at Disneyland in Southern California.

"We are working to identify the people who may have come in contact with this person to assess their vaccination history and immunity status. We also are implementing measures to prevent the spread of this disease," Solano County Deputy Public Health Officer and chief medical director Michael Stacey said in a statement.

There have been 92 confirmed measles cases in California, according to the state Department of Public Health's figures as of Monday.

There are six cases in Alameda County and two each in Marin, San Mateo and Santa Clara counties. City health department cases are not included in the total and Solano County's case was also not yet included.