Warriors coach doesn't mind not winning Coach of the Year 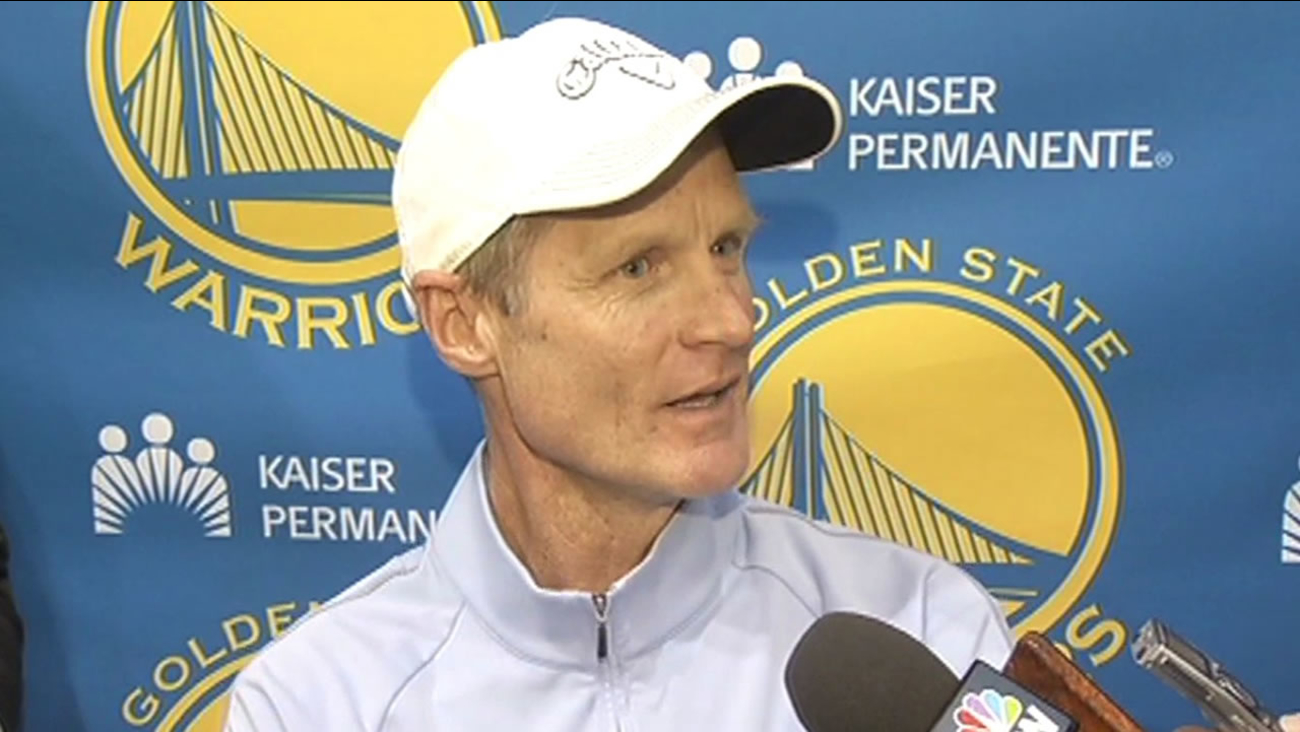 Warriors head coach Steve Kerr was humble when asked about not winning this year's NBA Coach of the Year award on April 21, 2015. (KGO-TV)

OAKLAND, Calif. (KGO) -- The Golden State Warriors head to New Orleans for Game 3 on Thursday against the Pelicans, the Dubs have a 2-0 series lead after winning Monday night's Game 2, 97-87.

The big NBA news on Tuesday was the announcement that Warriors head coach Steve Kerr did not win NBA Coach of the Year. The honor goes to his good friend, Atlanta coach Mike Budenolzer who guided the Hawks to the league's second best record behind Golden State.

When asked about it on Tuesday, Kerr said he is glad he didn't win. He explained, "It would have felt really weird to win that award when this team has had so much success and was already really good last year, before I got here. And... I'm just happy it worked out the way it did. I think Mike deserves it and our team has gotten so much recognition, I've gotten way too much credit. I didn't need any more."

Wednesday is a travel day for the Warriors and they tip-off in Game 3 against the Pelicans in New Orleans Thursday night at 6:30 p.m. PT.