Clinton on Trump: 'Everyone Sees This Bigotry for What It Is' 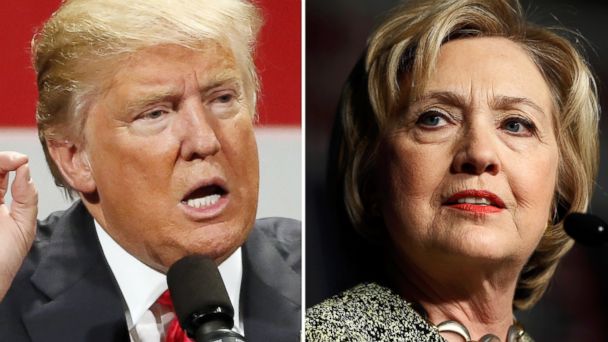 Hillary Clinton slammed Republican front-runner Donald Trump during a campaign appearance in New York City today, saying, "Everyone sees this bigotry for what it is."

"Ugly currents that lurked just the below the surface of our politics have burst into the open. And everyone sees this bigotry for what it is, therefore it is up to all of us to repudiate it," Clinton said during a speech on race at the annual National Action Network convention, where she was joined by Al Sharpton.

"When the front-runner for the Republican nomination was asked in a national television interview to disavow David Duke and other white supremacists supporting his campaign he played coy," Clinton said, referring a February interview on CNN's "State of the Union" in which Trump declined to disavow support from Duke, a former Grand Wizard of the Ku Klux Klan, saying he knew nothing about him. Trump later blamed a faulty earpiece for the remark. He has, on more than one occasion, said that he disavows Duke and the KKK.

Clinton also attacked Trump for his remarks about Mexican immigrants and his policy on banning Muslims from entering the U.S.

And Trump wasn't Clinton's only target.

"Not to be outdone by his primary rival, Ted Cruz would treat Muslim Americans like criminals and religiously profile their neighborhoods," Clinton said.

She added: "Despite our best efforts and our highest hopes, America's long struggle with racism is far from finished. And we are seeing that in this election."