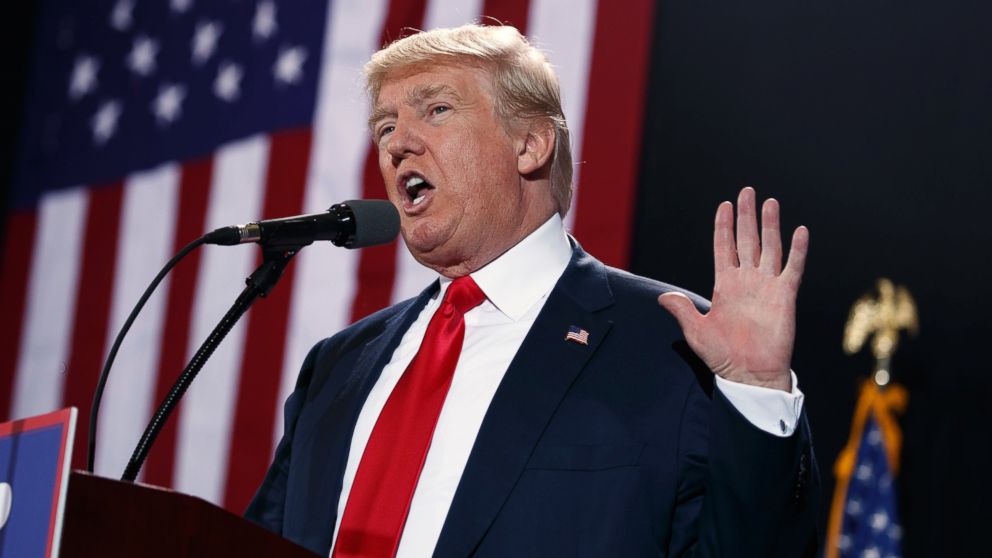 During a campaign appearance in Manchester, New Hampshire, last Friday, Donald Trump went after a familiar target: the polls.

Just days before, he rolled out the results of a different poll at a rally in St. Augustine, Florida.

"The new poll that just came out from Investor's Business Daily, which was the most accurate poll from the last three presidential elections, has us up 2 points nationwide," he said on Oct. 24.

For Trump, his relationship with the polls is love-hate: love when he's leading, hate when he's not. (He often calls the polls he disagrees with "phony" or "rigged.")

During that St. Augustine rally, Trump blasted other surveys as being rigged by Democratic operatives.

At that rally, as he often does, Trump painted a picture of a vast conspiracy against him and his supporters.

"When the people who control the political power in our society can rig investigations like her investigation was rigged, can rig polls - you see these phony polls - and rig the media, they can wield absolute power over your life, your economy and your country," he said, referring to Hillary Clinton's email scandal. "And benefit big time by it."

Trump's tortured relationship with the polls goes back to the Republican primaries, when he would kick off almost every rally touting his numbers, especially when he started pulling far ahead of his opponents toward the end of the contest.

He also loved to tout polls - largely unscientific - that showed him winning the debates during the general election. For instance, a Drudge Report poll showed Trump winning the first debate 82 to 18 percent.

He did the same for the second debate:

In recent weeks and amid a dip in the polls, Trump stepped up his attacks on surveys that showed him down and heaped praise on those that showed him up, even if the differences were within the surveys' margin of error.

On Oct. 22, an ABC News poll showed Clinton with a double-digit lead nationally - a lead that has since evaporated.

At that event, Trump said, "We're winning, we're winning" and the "press is refusing to report it." But he bizarrely conceded in an interview the same day, "I guess I'm somewhat behind in the polls but not by much."

Trump quickly changed his tune, however, in the wake of the FBI revelation about possible additional Clinton emails, which coincided with a tightening of the race and Clinton's lead all but disappearing.

In Warren, Michigan, Trump gloated about his performance, saying, "So you know, you've been seeing polls," he told the crowd on Oct. 31. "We're winning almost everywhere."

He homed in on the traditionally blue state of Michigan.

"So what happens is I get this poll, and it says we're doing well in Michigan," he said. "Well, not for me, well, but for all the geniuses that work for me. They say, 'Oh, you're even in Michigan.' So I say, 'Let's go to Michigan,' and we just left another place. I said, 'Let's go and win it.'"

But Trump took issue with reports that the race was tightening in traditionally red Texas, saying that early voting was a "total wipeout" for him, based on the word of the state's Agriculture Commissioner Sid Miller.

In making the argument, Trump returned to a familiar refrain, saying, "You know, they give you phony polls, folks. Phony polls."

Then on Wednesday, when some polls showed him up in swing states, he sang their praises.