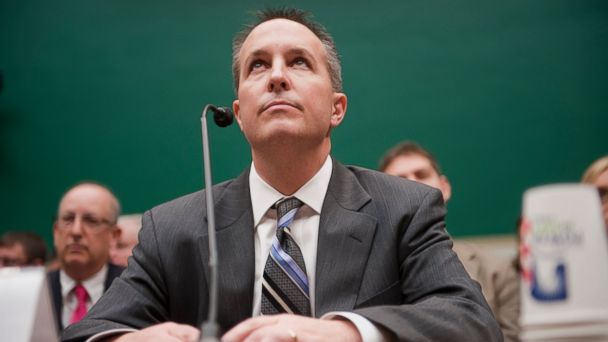 A once-prominent drug executive was convicted today of racketeering and fraud but acquitted of murder for his role running the company that allegedly produced contaminated medicine that caused a deadly outbreak of infections including meningitis in 2012.

The jury today returned a mixed verdict in the trial of 50-year-old Barry Cadden, the former president and co-founder of the Boston-based New England Compounding Center, finding him guilty of racketeering and mail fraud but acquitting him on all 25 counts of second-degree murder.

Cadden was accused by the government of creating a public health crisis as head of the NECC, where prosecutors said shoddy practices and unsanitary conditions doomed hundreds of people for whom the company produced drugs.

The government says a total of 753 people across the country were stricken in 2012 with an epidemic of infections, including meningitis, after receiving contaminated steroid injections produced by Cadden's company, and 64 of them died.

One of those sickened with meningitis was 44-year-old Patricia Schmiedeknecht of Rhode Island, who told ABC News she still suffers from intense pain and continuous sickness five years later.

"I cry and I get angry," she said. "My physical life is much different. I don't have the energy that I used to. I feel extra pain. I have head pain."

When investigators went to the NECC, they say they found filth, rusted equipment and insects in a facility turning out batches of contaminated medicine.

And as part of his alleged scheme to cut corners, prosecutors said Cadden created phony lists of patients, using names of people who were not customers, including Donald Trump, Calvin Klein and Jennifer Lopez, in order to be considered a pharmacy with clients instead of a drug manufacturer, which is held to a higher standard.

During the trial, the prosecution also showed videos of Cadden telling his employees not to worry about state health inspectors.

"How can they come in and inspect me?" Cadden said in one training video. "They don't even know what they're looking at. They have no clue."

Cadden's laywer Bruce Singal called it a "disgrace" that Cadden had faced any murder charges.

"We said from Day one of this case that these murder charges were unjust, unwarranted, and unproveable and we are pleased that today's verdict vindicates Barry on them," Singal told ABC News.

Cadden remains free on bail while awaiting his sentencing, which is set for June 21.

Kathy Pugh, whose now-deceased mother was sickened for years before ultimately succumbing to health complications from the tainted medication, called on the judge to impose a harsh sentence.