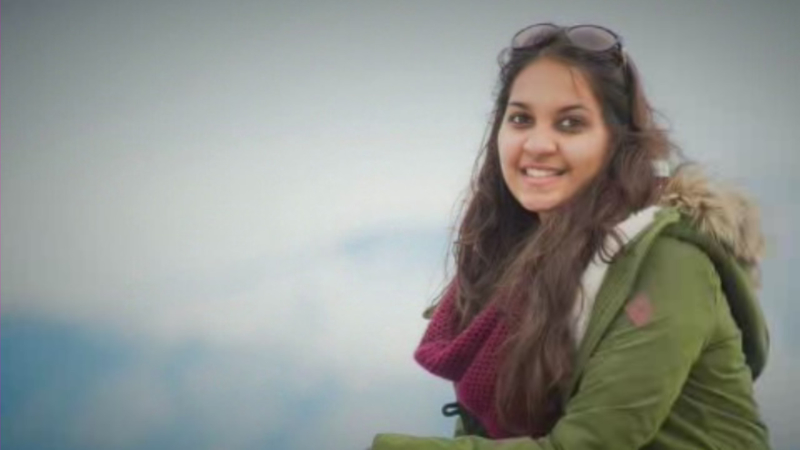 BERKELEY, Calif. (KGO) -- "Rest in peace Tarishi, Floor 6 loves you more than we ever expressed," Dana Alpert wrote on Facebook post moments after finding out her friend was gone.

Alpert lived with Tarishi Jain, a sophomore at UC Berkeley who was one of the victims of the deadly attack in Dhaka, Bangladesh. She was an Indian citizen who was on vacation in Bangladesh visiting her father who owns a business there.

The two lived together in Priestley Hall, where they saw each other every day. They even stayed in touch after moving out in May.

"It's completely unreal. To process what she went through, the terror, the fright, she didn't deserve any of it. She was such a good person, nice, funny," said Alpert.

That news was painful for Cal students Abidya Ghandi and Akash Bhalothia to hear. Their friend, 19-year-old sophomore Tarishi Jain was one of 20 hostages killed in a Bangladesh restaurant by ISIS militants.

"I arrived from India yesterday and woke to the tragic news," Ghandi said.

"She was going to dinner and It could happen to any of us," Bhalothia said.

"Every time I met her, it was evident she was very ambitious and strong," Bhalothia said.

The 19-year-old Jain was serious about her future. She wanted to make a difference. That's why she volunteered with Ethical Apparel, a nonprofit that focuses on micro lending.

"Her passion for life was like helping people in ways that are out of the norm," said Vanessa Wilder, a volunteer with Ethical Apparel.

Jain planned to major in economics and wanted to use business to help others.

"She had her life going for her and it's all gone now," she said.

While friends on campus struggle to come to terms with what's happened, members of the Bay Area Bangladesh Association are angry.

"We definitely condemn this activity and we don't like or want this type anymore," said Quazi Rahman, the association president.

Jain and over 20 other hostages died in what is now considered the worst terrorist attack in Bangladeshi's history.