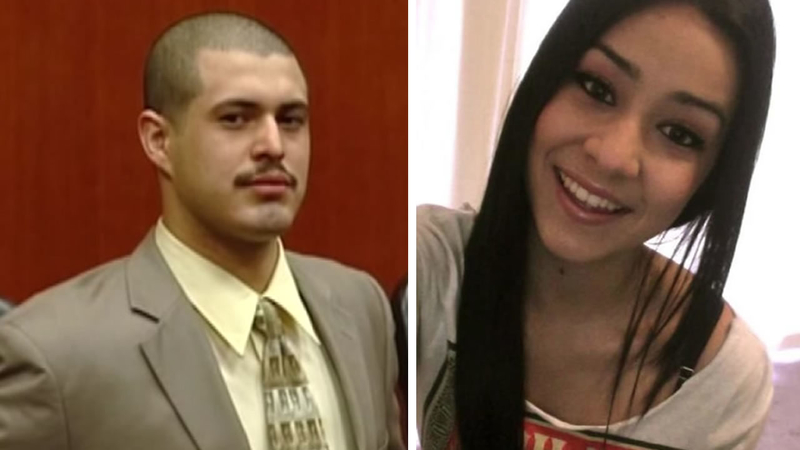 SAN JOSE, Calif. (KGO) -- More than five years after the disappearance of 15-year-old Sierra LaMar, a jury has found her accused killer guilty in the kidnapping and murder of the Morgan Hill teen.

Family and friends of both Sierra and Antolin Garcia-Torres, who pleaded not guilty to the murder charge, gathered in the Santa Clara County Courthouse Tuesday tensely awaiting the verdict.


Father Steve LaMar says verdict gives them some form of relief. Mother Marlene says nothing can take away the pain. #SierraLaMar pic.twitter.com/rqraixXy9B

Garcia-Torres faced four felony counts: count 1 for the murder and kidnap of the teen, and three additional counts for the attempted kidnapping of three adult women in the parking lots of two Safeway stores in Morgan Hill, where Garcia-Torres once worked.

It was the outcome that Sierra's parents said they had wanted. The family emerged from the courthouse, willing to share the emotions for the first time after the 13-week trial. "We're grateful to the jurors coming up with the right decision, and it gives us peace as a family knowing that this is not going to happen to another child and that they can't get away with something like this," Sierra's mother, Marlene LaMar, said.

"Justice is served here for us today, justice for Sierra. That gives us some form of relief," Sierra's father, Steve LaMar, said. Sierra's sister, Danielle, said, "Obviously we'll never get Sierra back, so it's not closure, but it is a good first step. And the jury did the right thing." 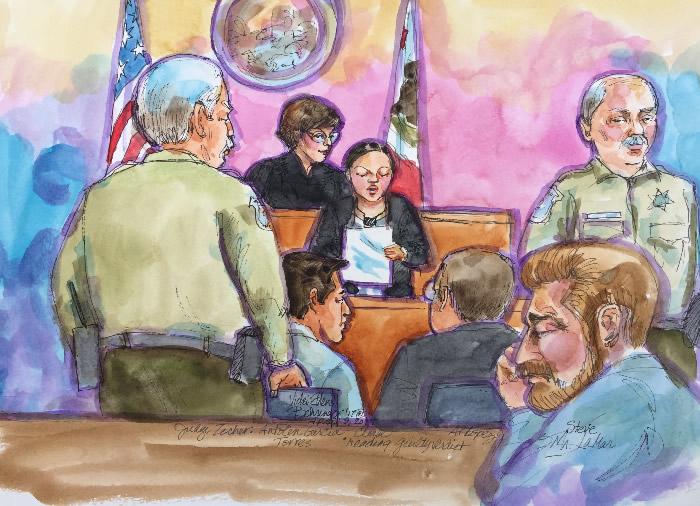 In this sketch, a clerk is seen reading a verdict reached by a jury in the Sierra LaMar kidnapping and murder case in San Jose, Calif. on Tuesday, May 5, 2017.

Sentencing begins May 16. Jurors will have to decide whether Garcia-Torres will spend life in prison without the possibility of parole or face the death penalty.

Prosecutor David Boyd had a difficult case to convince the jury that Garcia-Torres was guilty, when there was no body, no murder weapon and no crime scene. Boyd was measured in his comments because the penalty phase of the case is still ahead. "We now move immediately into the next phase, the penalty phase where the jury will decide whether the defendant gets the death penalty or life without the possibility of parole. I'm not going to speculate just what the jury will do, it's their decision and it's a very significant one to be made," Boyd said.

The family of missing Morgan Hill teen Sierra LaMar spoke outside the Santa Clara County Courthouse after a guilty verdict was announced for the man charged in her kidnapping and murder.

Deliberations among the jury of six women and six men lasted the equivalent of two days. Judge Vanessa Zecher turned the case over to them May 4, after three months of testimony and arguments.
Sierra's family has been waiting five years for justice. She disappeared the morning of March 16, 2012, as she walked to the bus, and hasn't been seen or heard from since.

The defense also criticized investigators for not pursing all leads, including a brown car that was seen near the spot where Sierra may have disappeared.

The defense attorney concluded by saying: "Where's the evidence she's deceased? She is missing and nothing else."

"We felt very confident about the evidence that we had," Boyd said.

Antolin Garcia Torres has been found guilty of the murder of Morgan Hill teen Sierra Lamar.

More than 100 members of the public attended Tuesday morning's verdict reading, requiring the courthouse to provide a live stream of the proceedings in a second courtroom, according to our news partner Bay City News.

This was an emotional day for volunteers, who searched for Sierra and who sat through many days of a 13-week-long trial to show their support to the LaMar family. One of them has a special place in his heart for Sierra. "Sierra is everybody's daughter. She's become our daughter. She's made a big impact on all of us, she's brought us together," volunteer search leader Douglas Tollis said.

Tollis said the search for Sierra is not over and he's hoping that Garcia-Torres during the penalty phase might reveal where her body is.

The penalty phase is not expected to be a quick process as both the defense and prosecution will be given the opportunity to tell the jury why they believe Garcia-Torres should or should not be given life in prison, without the possibility of parole or the death sentence. That process could take up to a month.