KGO
By David Louie
SAN JOSE, Calif. (KGO) -- It was an emotional day for the family of the woman who was killed this week after two cars crashed. Kiran Pabla died as the result of the crash that happened between two men, who are accused of racing down San Jose's Yerba Buena Road.

One of the men appeared in court on Wednesday, where there was an angry outburst by the victim's family. As the manslaughter suspect was walked out of the courtroom, a brother of the victim said, "Don't be so easy on this dude, your honor. He killed our sister."

Ever since Monday's accident, there has been an outcry to slow down traffic on Yerba Buena Road. About a half mile to the west, there's a radar speed feedback sign that tells drivers how fast they're going.

San Jose police are now going to put up a temporary one where the 24-year-old died. Police say the two speeding cars crashed after hitting over 70 miles per hour.

Police say 24-year-old Kiran Pabla was killed by two drivers who were speeding down Yerba Buena Road in San Jose, Calif. on Jan. 26, 2015.

One city official pointed out a potential downside to signs like that, saying it might encourage some drivers to see if they can set a new land speed record.

However, Vice Mayor Rose Herrera, who represents the district, maintains they work.

"We know from experience using radar feedback signs on other streets in San Jose that they have slowed down traffic," she said. "Which is why I was ready to propose them right away. And also because we can get them out there immediately."

We drove down Yerba Buena Road at or below the posted 40 mile an hour limit. Cars ahead of us were going even faster. The stretch of road has seen three other fatal accidents in the past five years.

In December, a 22-year-old man died while speeding after striking a power pole.

In June 2009, a 20-year-old driver and his passenger died. In this incident, they also hit a pole. Police said it was a DUI.

The two men linked to Pabla's death face charges of felony vehicular manslaughter with gross negligence. Gabriel Esparza, 18, is out of $100,000 bail.

Manuel Maldonado, 23, was in court on Wednesday, where the victim's family interrupted proceedings with cries for justice. 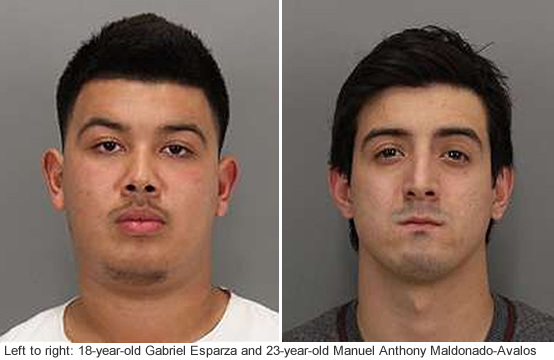 "We understand their anger and frustration," said Deputy District Attorney Myphuong Truong. "What happened is a horrible tragedy. They've lost a very valuable loved one."

"My niece was 24," said the victim's uncle, Samir Mohan. "She hadn't seen a life. I want a full justice done. I want to make sure these guys don't get a tap on their hands and let them go."

A candlelight vigil was held on Wednesday night in honor of Pabla. Her funeral is scheduled for Friday. 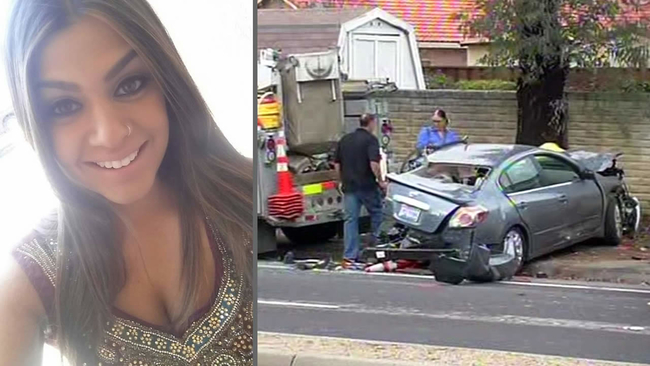 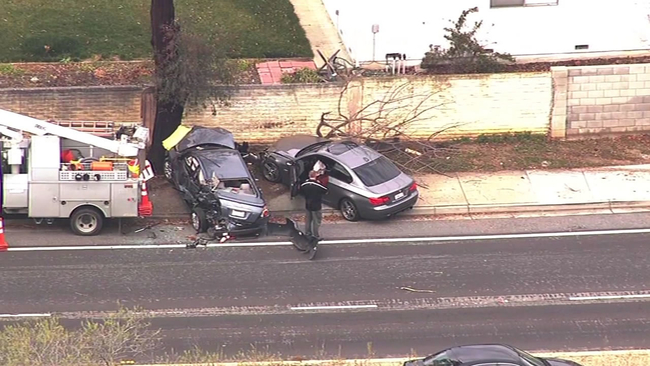