KABC
By by ABC7.com staff 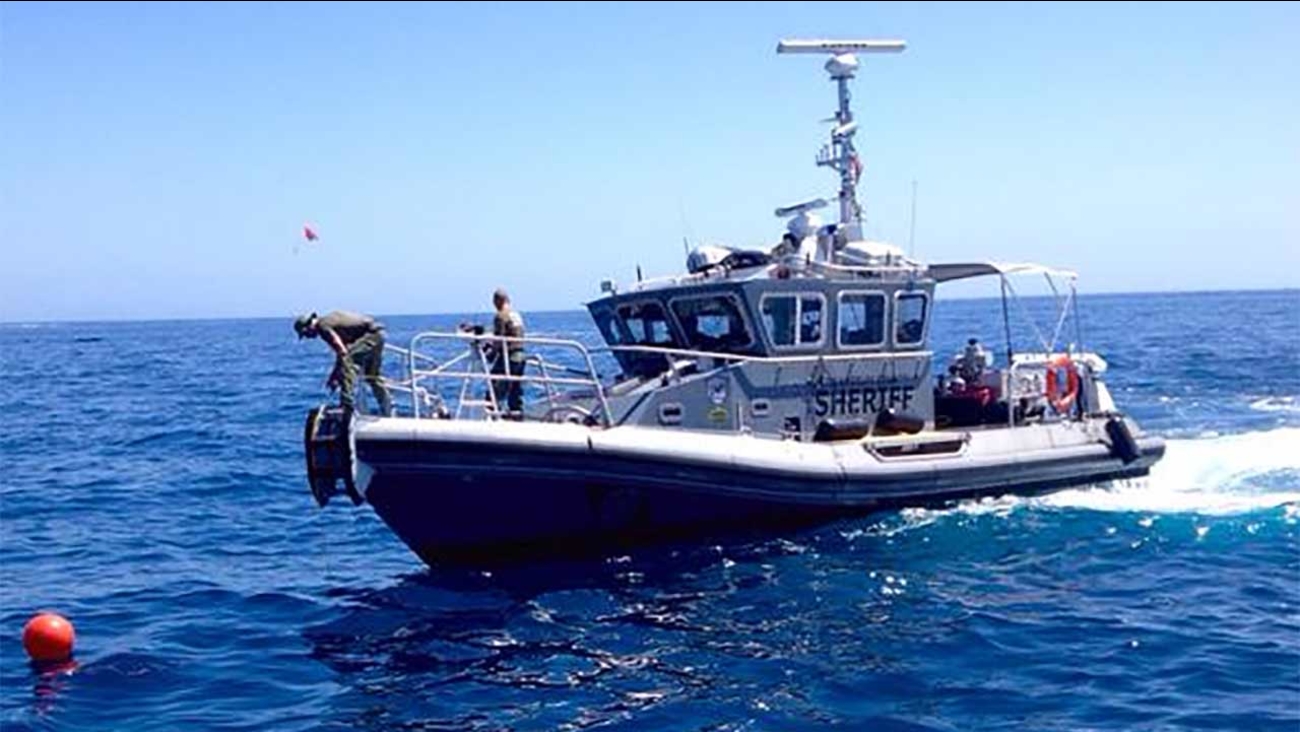 Rescue crews dive off a Los Angeles County Sheriff's Department boat in search of a missing boater off the coast of Catalina Island on Sunday, Sept. 6, 2015. (https://twitter.com/SEBLASD/)

CATALINA ISLAND -- A man who died in a boating accident this morning in waters off Catalina Island has been identified as Michael Harris, the son of former San Francisco 49ers CEO Peter Harris.

Both parents posted the news about their son's death on their Facebook pages.

Three others were injured and crews are searching for person went missing after the crash.

A helicopter crew from the Los Angeles County Fire Department transported the three injured boaters to Ronald Reagan UCLA Medical Center. Two of the boaters suffered minor injuries, and the third suffered a head injury, Kneen said. One of the victims is also Harris's girlfriend Kelly Wells, according to the Harris family.

Coast Guard and county officials provided no other details about the collision.