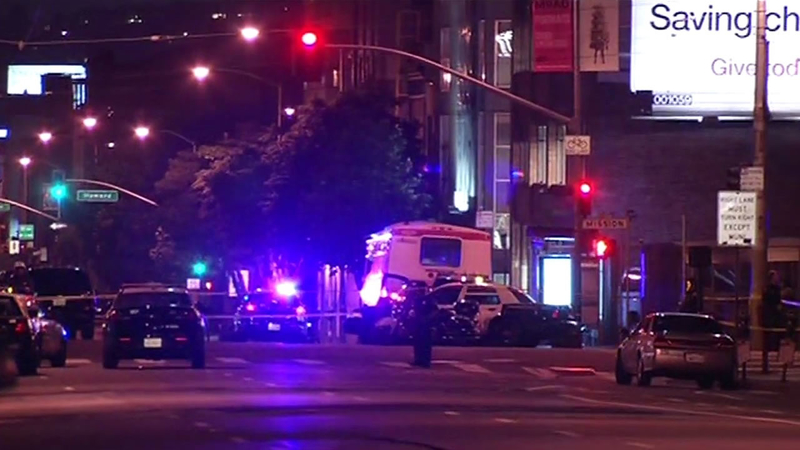 SAN FRANCISCO (KGO) -- A pedestrian was struck and injured during a police pursuit of a robbery suspect in San Francisco's South of Market District Tuesday night.

San Francisco police were in the area of 8th and Market streets at 10:32 p.m. when officers followed a car driven by a robbery suspect.

Something happened on 8th Street and mission street. Seems like someone is injured pic.twitter.com/LwCQcKwYpC

The suspect immediately fled from officers and struck a pedestrian at 8th and Market streets, authorities said.

The suspect vehicle, a blue four-door BMW, traveled onto the Bay Bridge towards Oakland. Police said they lost the car near the I-580 split.

The victim's friend Raymond Che said he and his friend were crossing the street and they tried to get away, but he was hit by the car that the police were chasing. "He went flying," Che said. "It was pretty scary."

The pedestrian was transported to San Francisco General Hospital with life-threatening injuries.