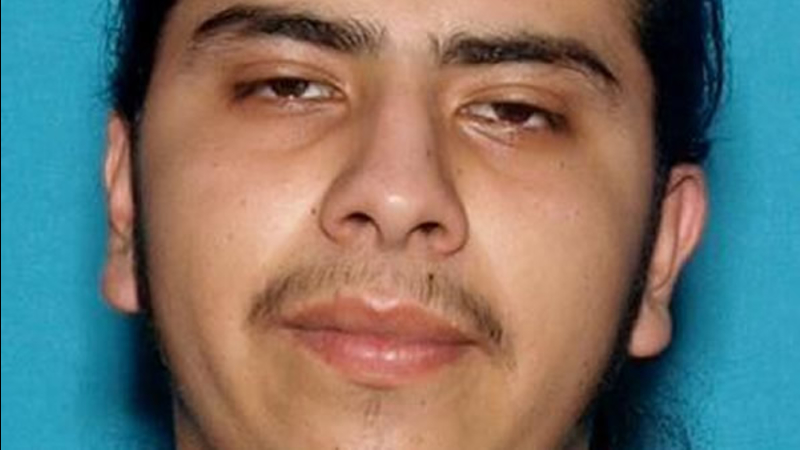 RICHMOND, Calif. (KGO) -- An East Bay man is dead after the car he was riding in was struck by a speeding driver who was on the run from police.

Police said the pursuit lasted a couple of minutes and when the vehicle turned on 23rd Street, officers lost sight of the vehicle. A short time later, more officers arrived and found the Corvette had crashed into a vehicle with three people inside at 24th Street and Gaynor Avenue on Saturday night.

Anthony Nguyen, 24, was a passenger in the other car and pronounced dead at the scene.

Sripukdee was two blocks away when she heard the crash, which took the life of her cousin, Nguyen.

There's a small memorial at the spot where he died. "He has a 3-year-old daughter. I mean what can you say when someone has a child," Sripukdee said.

Authorites say the chase was called off minutes before the crash. "He chased the vehicle throughout the neighborhood until he lost the vehicle when it turned southbound onto 23rd Street," Richmond Police Department Capt. Bisa French said.

But some dispute that, claiming the chase never ended. "For them to say they stopped the chase two blocks away, that doesn't make sense if I have my brother-in-law was standing at the Valero getting gas with his kid and the Corvette is going by they were still after him," Sripukdee said.

Neighbors tried to help those trapped inside the Honda. The driver and a second passenger were critically injured.

"I thought the car was going to catch fire, so I came over to my truck and grabbed a knife and cut the seat belt off of him," Arturo Ramirez said.

The driver of the Corvette, Perez, called police after the crash to say his Corvette was carjacked, but that story turned out to be false.

He was charged with DUI and vehicular manslaughter.