KGO
By by Cornell Barnard
SAN FRANCISCO (KGO) -- Disturbing new details have emerged about a man who dressed and acted like a police officer and allegedly coerced immigrants into committing sex acts in San Francisco.

Police say the city's Mission District was just one area Bugai would often patrol. Trouble is, he's not a cop. But he talked like one and even dressed like one. Police say it was all done in an effort to kidnap and sexually assault new immigrants from Central America.

"It's unknown how many victims there are out there," SFPD spokesperson Albie Esparza said.

San Francisco police say Bugai even drove the same type of car they drive -- a Ford Crown Victoria. Authorities say he used the car to take victims back to his home where he would handcuff them, drug them, and force them into sexual acts.

"Not only that, the suspect had also threatened the victims with deportation and or law enforcement retaliation if the victims ever reported the incident to police," Esparza said.

The intimidation worked. Most victims didn't tell anyone until investigators started asking questions.

One woman who did not want to go on camera says she's seen Bugai in the neighborhood. But knew he wasn't a police officer.

"I wouldn't fall or listen to him," she said. "Cause I know there's lots of fraud out here."

Online records show Bugai is a licensed security guard. But he has a long history of impersonating people of authority.

In 1999 he was accused of posing as a health care worker at a hospital in Traverse City, Michigan, at least three times. He pleaded guilty and spent time in jail.

Bugai's stepfather, who lives in a mobile home park in San Leandro, did not want to speak with us. But his grandmother told us by phone from Michigan there's been a mistake.

"Jeff was always kind to people, I've never heard of him ever fight with anybody," she said.

Police believe other victims may be out there and they urge them to come forward. They say Bugai is known to frequent San Francisco's Mission and Ingleside districts and parts of Hayward and Oakland.

Investigators are asking for anyone victimized by Bugai to report the incident to police at (415) 553-0123.

He remains in custody on $2 million bail.

His preliminary hearing is scheduled for July 28. 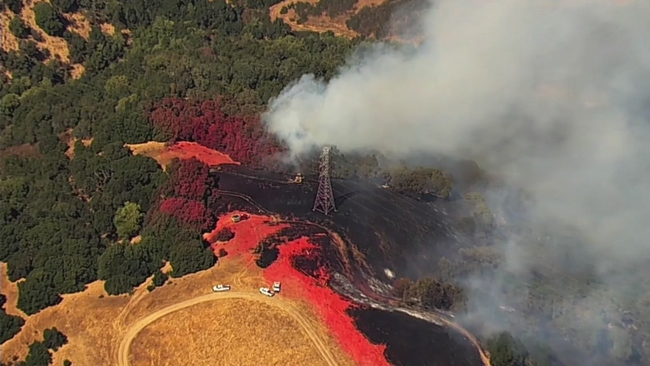