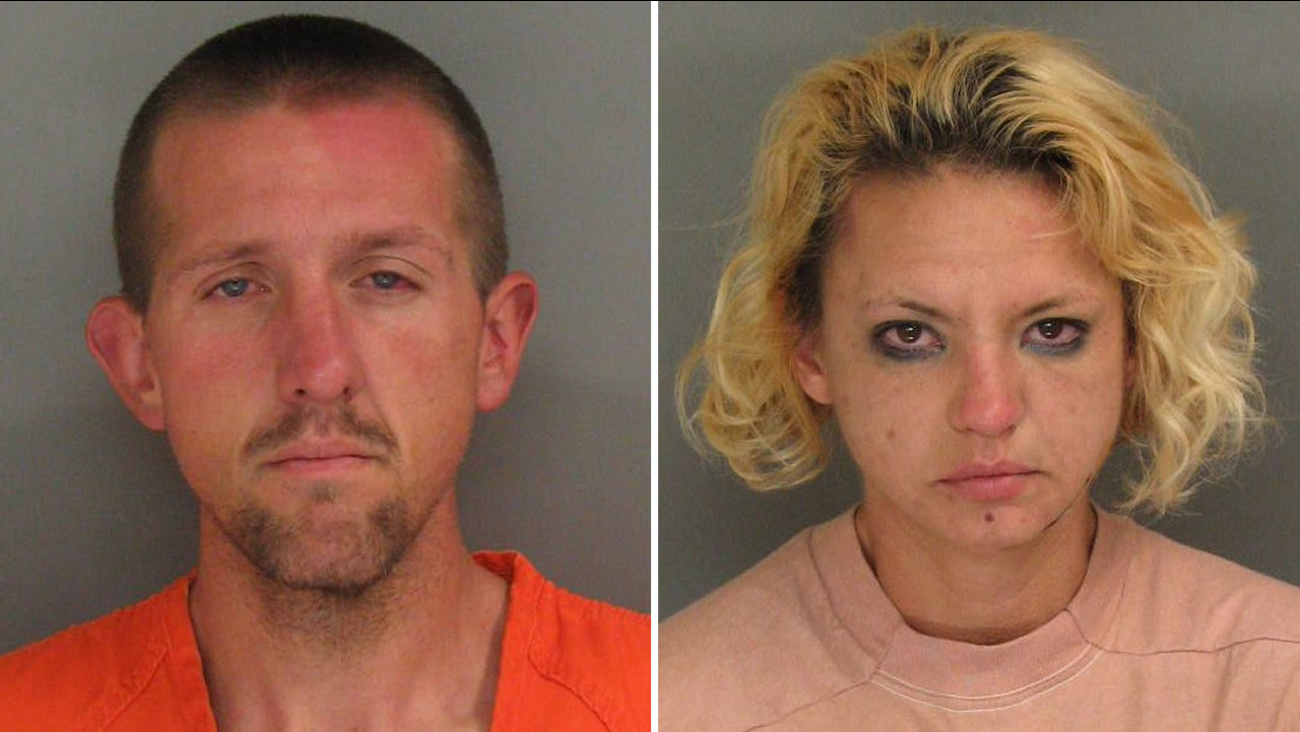 Nino Ruiz and Jenessa Kic have been arrested in connection with a homicide in Santa Cruz, Calif. on Tuesday, August 23, 2016. (KGO-TV)

Bay City News
SANTA CRUZ, Calif. -- A transient and his girlfriend were arrested as suspects in a fatal shooting Tuesday in Santa Cruz, according to police.

At 8:20 a.m., officers responded to a reported shooting on the levee pathway near the 400 block of Front Street.

Officers found the male victim lying in the pathway, suffering from a gunshot wound in his upper torso.

After receiving medical attention from the officers and medics, he was pronounced dead at the scene. The victim's identity is being withheld until his family has been notified of his death.

An investigation, including witness accounts and searches of several homes visited by the male suspect, led officers to arrest Nino Ruiz and Jenessa Kic.

Officers detained Ruiz and Kic at 12:10 p.m. Tuesday as they were exiting a residence in the 300 block of Leibrandt Avenue.

Investigators have not recovered the gun used in the murder. The motive is still under investigation.