Passenger Detained After Running Toward Cockpit 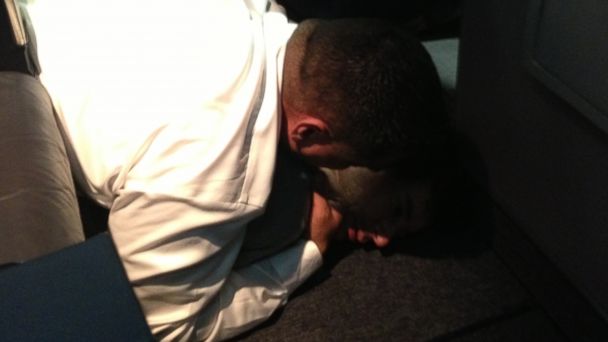 A United Airlines flight was forced to return to Washington, D.C., after a passenger failed to comply with crew instructions, a spokesman for the airline said today.

Flight 1074, en route to Denver, returned to Dulles International Airport shortly after takeoff late Monday. The pilots told air traffic controllers the passenger became violent but was restrained by passengers, according to LiveATC.net.

"He ran forward towards the cockpit and he is being restrained by passengers," one of the pilots said. "Cockpit is secure and we would like to return to the airport and have the authorities meet him."

Donna Tellam, a passenger on board the flight, said two men grabbed him and held him down.

"One held his feet and the other one kind of laid on top of him and then the flight attendants went and got some plastic restraints for his arms," she said. "At one point when his head was down he said there were jihadists in the cargo hold and he did say jihad a couple times."

Law enforcement in Washington met the plane at the gate and detained the passenger, according to a statement from United Airlines. He was taken to a hospital for an evaluation, an airport spokesman said.

United Airlines planned to fly the remaining passengers to Denver this morning.