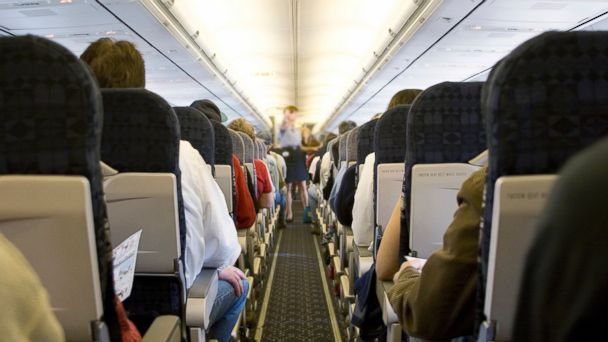 They didn't even make it to takeoff.

Passenger video caught the disruptive behavior of one passenger on a JetBlue flight last Friday after he insulted fellow flyers and proclaimed his wealth and collection of houses.

According to JetBlue, flight 266 from Long Beach to Sacramento was forced to return to the gate shortly before takeoff after Long Beach Police said three passengers were acting unruly aboard the aircraft.

One passenger is seen on video telling the person across the aisle, "I'm 28, I make $4 million a year. What do you do?"

For several minutes, the man and the other passengers exchanged heated words, including calling each other "Losers" and "Mr. Bald."

At one point, the alleged millionaire sarcastically said, "You're right, I'm a loser. I own six houses."

When the plane arrived back at the gate, the video shows someone who appears to be an employee at the airport asking the man to exit the plane.

The video shows passengers subsequently identifying two other men on the flight as being disruptive. Someone who appears to be a police officer then escorted the pair off the JetBlue flight.

Applause can be heard on the video after the men were removed from the flight.

According to JetBlue, the three men were met by local authorities and the flight continued to its destination of Sacramento.

"The flight returned to the gate shortly before departure following a report of disruptive customers in the cabin. The aircraft was met by local authorities where the customers were removed before the flight continued on to Sacramento," according to a statement from the airline.

Two of the men were arrested for being drunk in public, according to police.

The men were later released from Long Beach Jail after their breath test results were below the .15 blood alcohol content level.

No charges were filed.