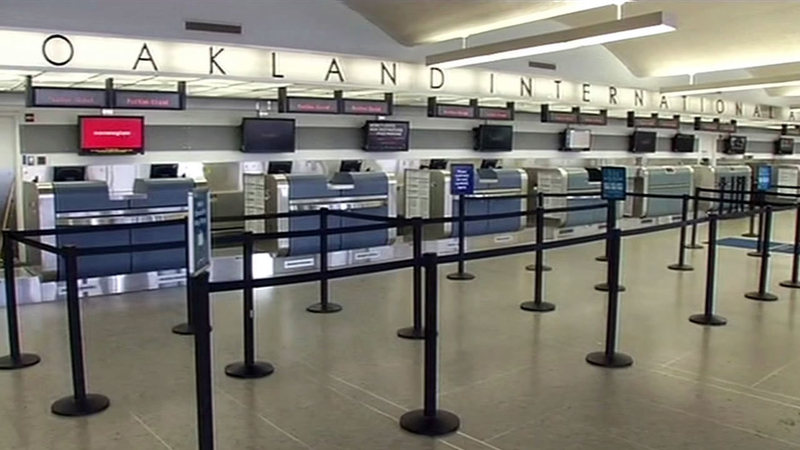 OAKLAND, Calif. (KGO) -- Oakland International Airport officials are stepping up security following an ABC7 News investigation. The crackdown comes after airport workers were arrested for smuggling drugs onto planes. Security is being tightened, but some question whether it's really enough.

The airports say there are seven new security measures since the breaches were reported. Congressman Eric Swalwell, D-Alameda County, who sits on the House Intelligence Committee, tells us it's not enough.

There are new signs now posted on doors in the terminals leading to secured areas of the airport. They're signs that were not here when ABC7 News shot our story there in early July. The signs say there are new restrictions on what airport workers can carry into secured areas

"They are now limited to two small items like a purse or a computer bag," said Port of Oakland spokesperson Marilyn Sandifr.

Airport officials also tell ABC7 News that they've increased random screenings of airport workers who go into those restricted areas and into planes. They also say worker background checks are more thorough. All this comes as a result of the breaches there. Three of them happened in the last four months.

Keith Mayfield and two other baggage handlers were arrested in May and charged with smuggling drugs.

In April, Southwest Airlines baggage handler Christopher Cross was arrested and charged with using his security clearance to smuggle cocaine and meth onto planes. Then in May, another drug smuggling arrest there onto a plane. This one was a ramp agent from Alaska Airlines.

Unlike passengers, Oakland International Airport workers do not pass through metal detectors when they go into secured areas. They can enter through employee doors with their security clearances.

Miami is the only major airport in the country that requires full screening of its workers.

Oakland airport will still rely heavily on random screening of workers to enforce the new restrictions on size and quantity of bags they can carry into secured areas.

"When I see what happened in Oakland, I certainly do worry about the threat of an inside job," he said. "We need to look at 100 percent screening of people who have access to the planes."

Oakland airport officials say there are other security measures they can't talk about. But full screening is apparently not one they're considering.

A former airport spokesperson says money is the biggest obstacle.