'You don't have to hire the Asian, the Mexican': Oakland arson suspect encouraged followers to hire him 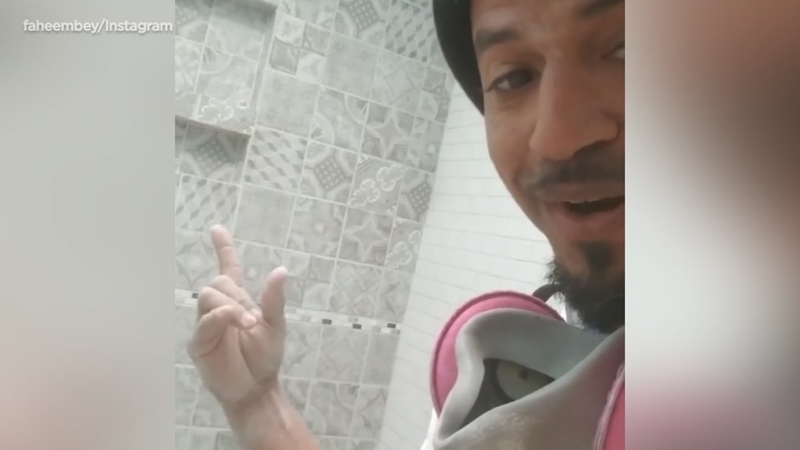 OAKLAND, Calif. (KGO) -- ABC7 News has confirmed the arrest of an Oakland man in an arson fire at an apartment building that was under construction. Federal authorities arrested 45-year-old Dustin Bellinger Tuesday.

Investigators say DNA from a "reddish-brown smudge" found at the scene of the Hollis Oaks fire led them to Bellinger. DNA from a rag at the scene was run through an FBI database may also be linked to Bellinger, who has previous convictions for kidnapping and second-degree robbery, according to a criminal complaint filed by the U.S. Attorney's office. The complaint also indicates at least one other suspect has been identified, though the name of that person has been redacted in the document.

Bellinger works in construction and often goes by the name Faheem Bey. Video posted on his Instagram account shows him encouraging his followers to hire him for projects at their homes.

"It's your brother Faheem," he says while showcasing a tiling project. "You don't have to hire the Asian, the Mexican. I do Mexican work, too. And I do Asian work."

Contacted near the home where Bellinger lives in Oakland, his cousin and aunt expressed surprise at his arrest.

"He's always the same, always smiling, cracking jokes," said Billie Hudson, who identified herself as Bellinger's cousin. "It's still hard to believe, whether he did this." Hudson said she and other family members call Bellinger "Dustin" and that he was supposed to attend a family gathering today for Thanksgiving.

According to the federal complaint, Bellinger's alias Faheem Bey is an apparent nod to Oakland's notorious Bey family of the former "Your Black Muslim Bakery." Yusuf Bey IV is currently serving a life sentence at Salinas Valley State Prison for organizing the 2007 murder of journalist Chauncey Bailey. Bailey was writing an investigative piece about the bakery.