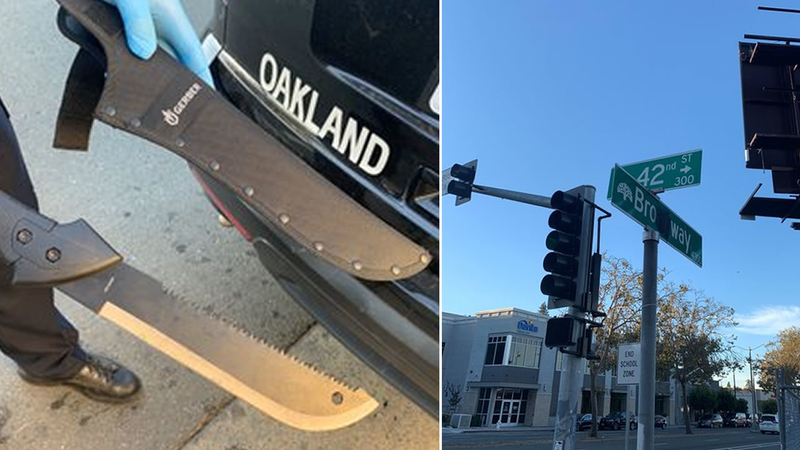 OAKLAND, Calif. -- A man armed with a machete was arrested after attacking someone Wednesday morning in Oakland, police said.

The suspect, whose name has not been released, was arrested shortly after 7 a.m. after the attack in the area of West MacArthur Boulevard and Broadway, Oakland police wrote on Twitter.

Police did not say what injuries the victim suffered. More details about the case were not immediately available.

Just after 07:00 AM this morning Oakland Police Officers safely arrest an armed man with a machete. The suspect attacking a citizen, injuring him near the area of West MacArthur and Broadway. Our patrol officers insuring our community is safe... pic.twitter.com/cYFqYEeyxU