Moms 4 Housing mother once evicted from Oakland home: 'Housing is a human right' 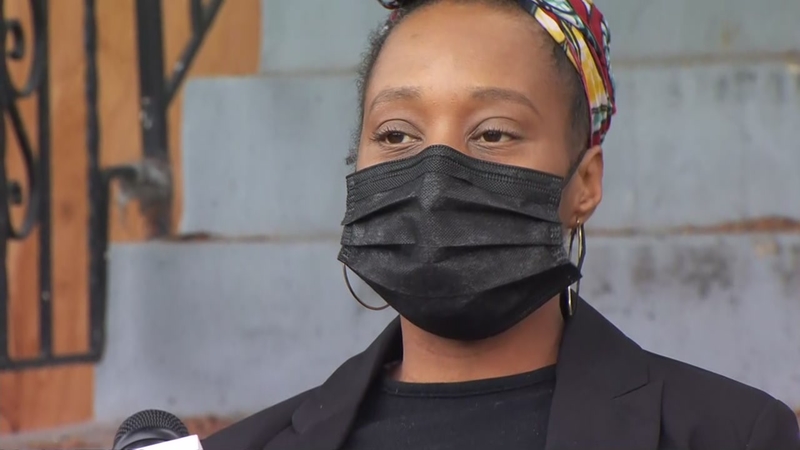 OAKLAND, Calif. (KGO) -- Moms 4 Housing held a news conference on Friday to give an update about the future of an Oakland home.

"This is officially mom's house," said Dominique Walker, one of the moms who was evicted and arrested earlier this year. "This moment is so special to me. Today is my son's second birthday."

"Housing is human right," she said. She said the movement resonates with mothers who protect their children.

Walker reminds the community it's election season, and to pay attention to candidates who are "fighting with the people."

She says there are still empty homes in Oakland, and the community needs to organize for those who don't have a home.

Back in January 2020, Alameda County sheriffs went to the front door of a house on Oakland's Magnolia Street and arrested those who were living there illegally.

Those who were a part of Moms 4 Housing were in negotiations to buy the house from which they were evicted.

"We're just happy. We're ready to buy Moms House and we're ready to continue this movement," said Walker in January 2020. "This movement does not end today with us, with that house on Magnolia Street. We will not stop fighting or organizing until all unhoused folks who want shelter have shelter," Walk said.

Mayor Libby Schaaf says her office was involved in the negotiations between Wedgewood Properties and Mom 4 Housing.

The agreement does not stop with the one house on Magnolia. Wedgewood has agreed to give the city, the land trust and other groups first right of refusal on all its Oakland properties, which currently total about 50.