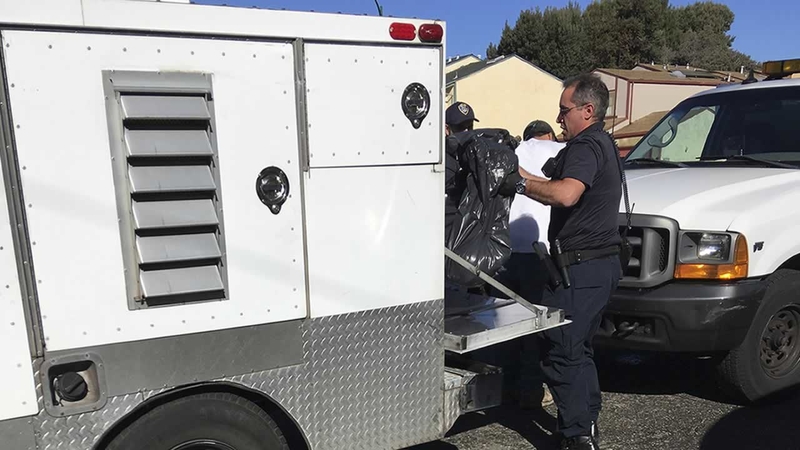 OAKLAND, Calif. (KGO) -- A man and woman have been hospitalized after they were attacked by two Pit Bulls in East Oakland Friday morning.

This 54 year old Oakland woman was mauled and her dog was killed by a pair of pitbulls. Story at five. pic.twitter.com/ulNmgSrCC1

In addition, police say a Pit Bull/Shar-Pei mix that belonged to the female victim was attacked and killed by the two dogs.

The daughter of the woman, says her mom 54-year-old Nichole Kennedy, suffered a broken leg and several severe bite wounds to her head and face.

"She had just come from getting coffee and smoking her cigarette. And she was coming down to take the dog walking," said Princess Kennedy.

"I'm just praying she'll be okay and just waiting on a phone call to go back up there and see. But, they were cleaning her up while the operating people were coming in and I thought my mom was dead," explained Kennedy.

The male victim is listed in stable condition at a local hospital, according to police.

Rebecca Katz, that agency's director, said Animal Services is investigating the incident and has taken into custody the two Pit Bulls that were involved in the attack as well as the dog that was killed.

Katz said her agency also has taken into a custody another Pit Bull that's owned by the man who owns the two pit bulls that were the attackers.

The daughter of the female victim says her mom's dog was supposed to be turned over to animal control because of allegations that it had bitten someone.