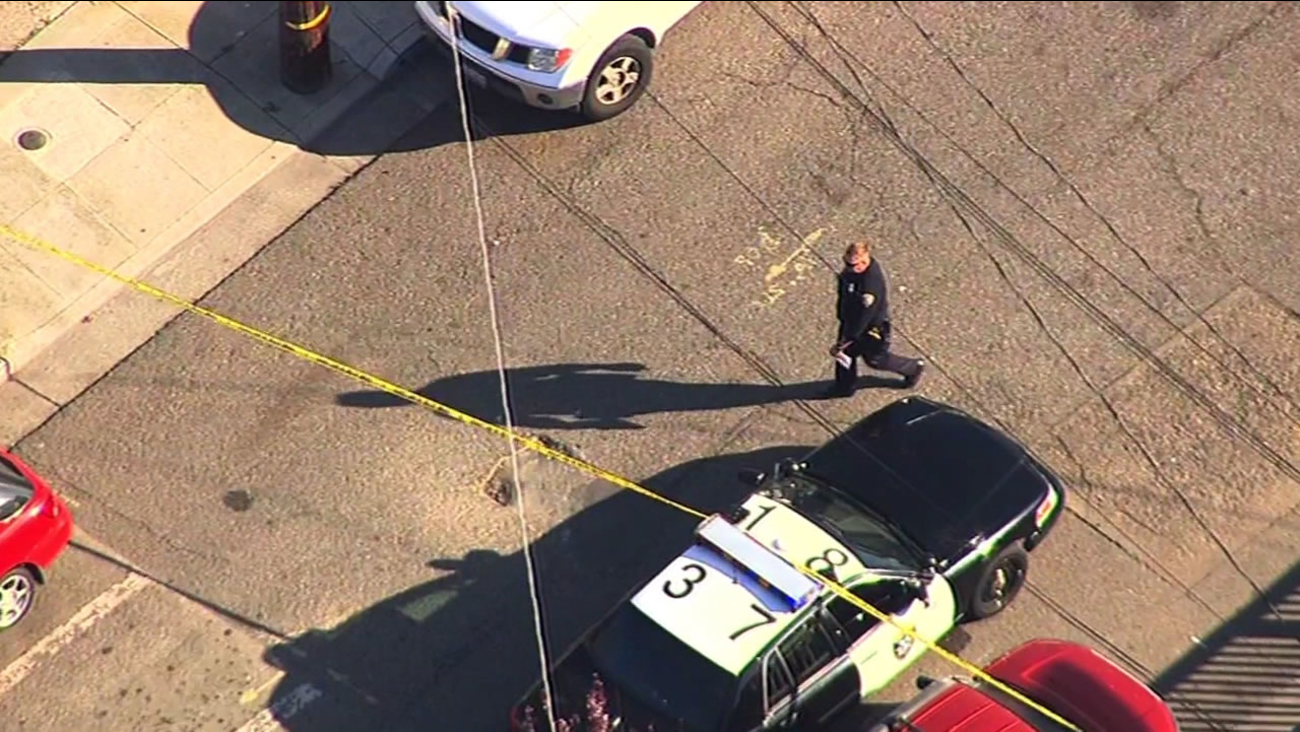 OAKLAND, Calif. (KGO) -- Oakland police are questioning potential suspects in connection with a shoot-out that killed a woman who was shielding her two children from gunfire.

Police won't say if they've made any arrests yet.

The shooting happened after several women got into an argument Monday afternoon on Chestnut Street in West Oakland.

Chyemil Pierce, 30, was walking nearby with her seven and nine-year-old children.

She covered them with her body when she heard the gunshots, but she died when a bullet struck her in the head.

Police have urged residents who have additional information to come forward.