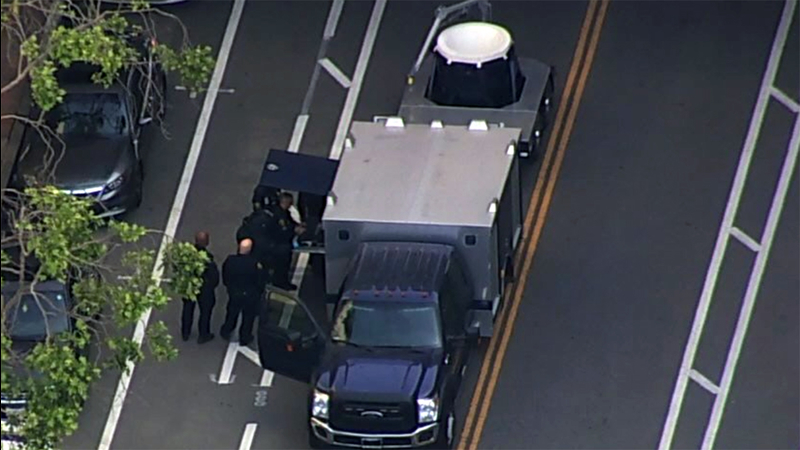 OAKLAND, Calif. (KGO) -- The Alameda County Sheriff's Office bomb squad was at the Wiley W. Manuel Courthouse in Oakland after a "very small homemade explosive" was brought into the building.

A community member who was involved in a civil lawsuit claimed the device was previously planted on his car by someone else.

The scene has cleared and authorities say the scene is safe and there are no further threats.

The several streets were closed off for the investigation.

ACSO Bomb Squad at WWM Courthouse in Oakland for a very small homemade explosive device that was brought into the building by a community member connected to a civil lawsuit. Man claims device was previously planted on his car by someone. Scene is safe and no further threats.