EXCLUSIVE: Men with luxury watches, including a $30,000 Rolex, targeted in Bay Area robberies

In one case, a couple from Indonesia was robbed of a $100,000 Richard Mille timepiece in San Francisco in October.
KGO
By Dion Lim 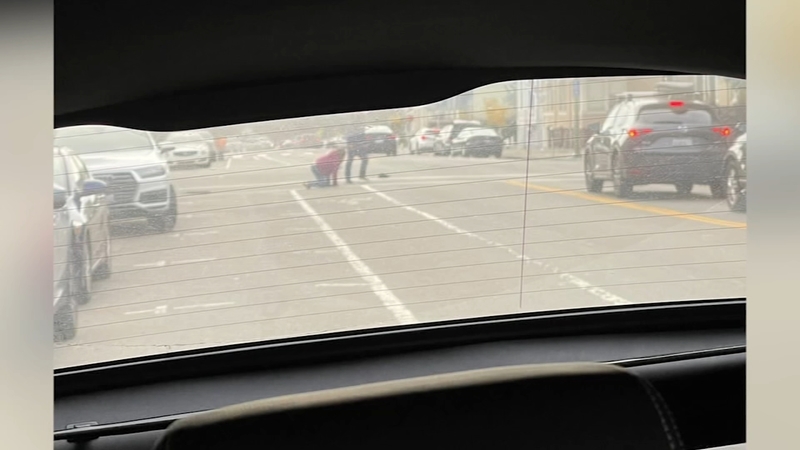 OAKLAND, Calif. (KGO) -- A number of brazen robberies are being documented across the Bay Area, involving expensive watches being taken right off people's wrists. Two victims are speaking out in hopes of making their communities safer.

Peeling back a bandage, Raymond shows off his swollen and cut knee. He also points to marks on his hands and the spot on his head.

Raymond sustained those injuries during the scare of his life last Saturday while on his way to the dentist at 9th and Jackson in Oakland. While feeding the parking meter he says a man approached, demanding his watch.

"Immediately he pulled up his shirt and showed me his 9 mm tucked inside his shirt. At that moment I panicked, I screamed for help and I ran onto the street. My wife tried to save me by pulling on his pants."

Raymond was pistol-whipped and his $30,000 Rolex ripped from his wrist in a matter of seconds.

"I never expected his to happen to me, especially during broad daylight," he says.

Surveillance video shows two siblings chase and save their mother from getting robbed outside their home in Oakland.

Raymond remembers a young man kicking his perpetrator before the man ran off into an awaiting Infinity sedan.

"It was scary... I don't wish this happening to anybody," says Raymond as his wife and daughter look on in support.

This is not the only watch robbery to happen in the Bay Area in recent weeks. Law enforcement sources in different parts of the Bay Area tell ABC7's Dion Lim, they believe there has been an increase in watch robberies.

Just one day before Raymond's incident, a man who only wants to be identified as John, had his Movado stolen outside the Cheesecake Factory at Valley Fair Mall.

"I was just blindsided by two men behind me. One put me in a chokehold... and threw me on the ground," said John via audio Zoom.

In that case, the suspects appear to speed off in an expensive, dark gray, matte-finish Mercedes.

Perhaps most dramatic, a couple from Indonesia was robbed of a $100,000 Richard Mille timepiece in San Francisco in October. Surveillance video used in the police investigation shows two men approaching the pair at a car rental facility, weapons drawn.

Because no surveillance video was available in Raymond's case, only a blurry photo taken by a bystander, Raymond wants his story to prompt others to make a difference in the community.

Raymond has decided to call this the "Three P's"..."Protect our community, therefore the community can prosper after. Only then can we prevent the problem, protecting the citizens, so we can carry on with our life."

Raymond cites the assistance of a nearby safety patrol with springing into action immediately after the incident and calling 9-1-1. Oakland Police he says, showed up a minute later.

"I feel sorry for the local business community, so I want to do whatever I can do to help so this does not happen again," says Raymond.

Other efforts to help increase safety in Oakland include the Chinatown Chamber of Commerce partnership with Verkada, to provide security cameras around Oakland. Some have already been installed in areas where attacks have happened such as the incident where Chamber president Carl Chan was shoved to the ground at Alice and 9th.

Volunteer groups like Compassion in Oakland, partnered with local businesses such as Third Culture Bakery in Berkeley to donate pepper spray, and personal alarms. Those items were then made into safety kits.

Others, such as a contractor from Milpitas, also mobilized to purchase air horns for Oakland merchants. A young woman also independently fundraised more than $30,000 to buy more security cameras for areas in and around Oakland's Chinatown.

Raymond says others have been telling him he should stop going to the dentist he has been frequenting for the past 30 years. Though he holds out hope that with community efforts to install more cameras and implement other safety measures, the neighborhood can be safer, and he can go to the same dentist again.

"We don't want to kill our businesses because everyone is afraid of going out so nobody goes to local restaurants and dentist." Says Raymond.

You can learn more about the Oakland Chinatown Chamber of Commerce's safety efforts here.